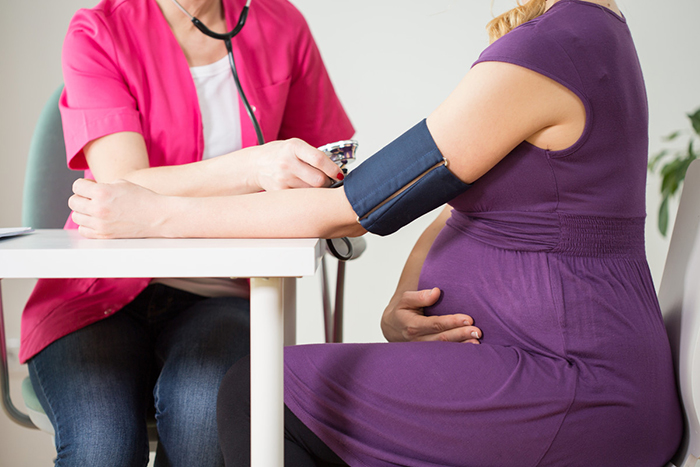 Exposure to high levels of certain common air pollutants in early pregnancy may increase the risk of pregnancy-induced high blood pressure, suggests an analysis by researchers at the Eunice Kennedy Shriver National Institute of Child Health and Human Development (NICHD). In addition, exposure to a class of air pollutants known as volatile organic compounds in mid-pregnancy may increase the risk for preeclampsia, a potentially fatal disorder of pregnancy affecting blood pressure and kidney function.

The study was conducted by Pauline Mendola, Ph.D., of the Epidemiology Branch in the NICHD Division of Intramural Population Health Research. It appears in Hypertension.

Researchers analyzed data from the Consecutive Pregnancies Study, which included 50,000 women at 20 hospitals in Utah and Idaho. Using data from the U.S. Environmental Protection Agency and other sources, they estimated the women’s exposure at different time points to air pollutants, such as carbon monoxide, lead, and nitrogen dioxide, and to 14 volatile organic compounds (VOCs), which are chemicals emitted as vapors from certain solids or liquids.

The authors concluded that exposure to air pollutants may influence the risk of gestational hypertension and preeclampsia, but in different ways. For example, air pollutants are thought to cause blood vessel constriction, which may contribute to gestational hypertension in women who do not adapt as well to the blood vessel changes that occur in pregnancy.

In contrast, preeclampsia is thought to result when the placenta is unable to develop blood vessels properly. At low levels, carbon monoxide dilates blood vessels and so may help placental blood vessel development, even while having potentially harmful effects on the fetus.

The authors called for further studies to confirm their findings and to understand the potential effects of exposures to common pollutants in the development of gestational hypertension and preeclampsia.