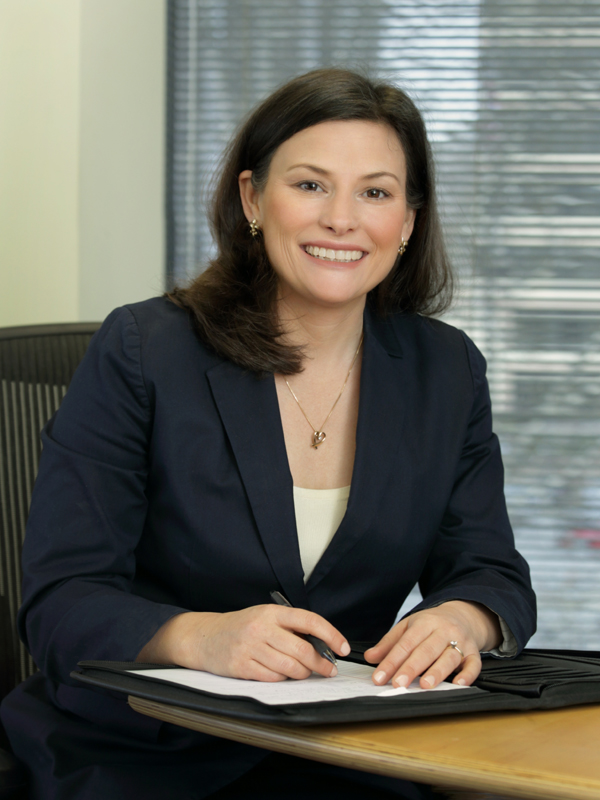 A computerized skateboard, a self-motorized toy car, and a robotic prosthetic arm, these are just a few of the research projects supported by NICHD’s National Center for Medical Rehabilitation Research, or NCMRR. The Center was founded in 1990 to advance scientific knowledge enhancing the health, productivity and independence for people with physical disabilities.

Here to tell us about NCMRR’s research is the Center’s Director, Dr. Alison Cernich.

Dr. Cernich thanks for joining us.

Dr. Alison Cernich: Thanks for having me.

Ms. Daly: So, technology has given us many options. Let’s start with the youngest patients. Tell us about this skateboard-like device that helps newborns, particularly those with cerebral palsy.

Dr. Cernich: There are two fabulous researchers that collaborated on a skateboard-like device that an infant lays on and they wear a onesie that has a whole bunch of sensors on it and this skateboard detects information from the sensors and then helps the child to propel themselves by crawling. This is particularly important because children with cerebral palsy tend not to use one of their limbs because it’s not as strong. And so, they can actually program this to give them a little bit more resistance to strengthen the leg. And it helps to get them engaged and involved in crawling, which eventually develops into walking. So, it’s a great device to help with early intervention for mobility in children.

Ms. Daly: And, you know, as a parent you want those milestones, a kid standing up, keeping their head up, beginning to crawl, and cerebral palsy often isn’t diagnosed until, what age?

Dr. Cernich: Between 1 and 2-years-old, and so often children have missed some of these milestones very early on. So, even if a child isn’t ultimately diagnosed with cerebral palsy, if they’re not effectively using both of their legs to crawl, this particular device is really fit for helping the child achieve the milestone of crawling, which is very intimately tied with the child then developing the ability to walk.

Ms. Daly: And how does it work?

Dr. Cernich: So, the child when they crawl develops leg strength and leg coordination, so when you watch a baby crawl, you can see that they’re starting to develop that bi-pedal motion or the motion of one leg moving right next to the other. What that eventually does is strengthen the legs and the hip muscles and gets them to the point where they can pull themselves up and once they pull themselves up, those legs are strong enough to support them in standing and they’re coordinated enough to help them in walking.

Ms. Daly: So, moving obviously is important for everyone, but especially for toddlers as they’re gaining that first ability. How does a kid who’s now reached toddler-dome and is having trouble with movement, what have we devised to help?

Dr. Cernich: Children from the age of say 18 months to 3 years, they’re really mobile, right. If you think of a toddler, it’s just constant motion. For children with mobility impairments, it’s a little bit hard to keep up with your peers, because they’re moving and because of a paralysis or because of a limb difference, you have a difficulty in following along and you’re not old enough cognitively, you don’t have the cognitive skills or the thinking skills to operate a motorized wheelchair. And so, there’s this really weird gray space for children at this age. One of our researchers has developed a car that you’ve seen in Toys R Us, a Fisher Price Tow Mater or a Barbie car and he’s hacked that device and he’s put it in a way that it’s therapeutic for that child, so it serves both as a mobility device, so it’s something that helps that child move, but it also helps them engage with kids, and so he has really developed this as a grass roots program to get these cars to children who need them and enhance their mobility in play spaces where other kids who don’t have these differences are using these cars and they can interact and get to things that they otherwise wouldn’t be able to do because their parents are pushing them in a wheelchair or an assistive stroller. So, it’s a different way for that child to engage with the environment. He’s also studying the effects of that on the child’s development emotionally and for their thinking skills to see if that mobility, in fact, helps them to develop in those areas as well. Because if you think about it, the reason the toddlers are moving around is to explore their environment. And so, that’s one of the other key pieces of mobility work, is not only how it affects your ability to move, but then also, how does it enrich your environment overall.

Ms. Daly: So cognitively, it actually enhances the development of the brain?

Dr. Cernich: Right, because those kids can get to things they otherwise wouldn’t. It’s not passive anymore, mom can’t just guide me where I want, now I’m in control, right? And I can get to the thing or the person that I want to get to. So, it gives that child a little bit more goal direction and gets them where they want to go, the way they want to get there.

Dr. Cernich: Spina Bifida, Down syndrome, lots of different types of impairments and the cars are designed for them.  And, so, it also not only engages, say their legs or their arms, but he even has it rigged so that your torso, which is really important for mobility, is engaged. So, some of the cars are designed to make sure the kid is paying attention to their core and really using their torso in ways that they might not otherwise. So, it really is all about full-body control as it relates to mobility and therapeutic movement.

Ms. Daly: And so then just transition to adults who, I know we’ve funded a device that is a prosthetic, robotic arm. Tell us about how that works.

Dr. Cernich: We have funded a robotic arm, but more importantly, for some of the research we’ve done is on control of the arm. We have researchers that are part of a small business that got funding from NIH that have developed a very sophisticated algorithm that uses your muscle signals and the pattern of those muscle signals in order to control an arm. And so, it really is recognizing the pattern of electrical signals that your muscles sends out and then telling that robotic arm because of what you’re thinking about that gets transmitted to your nerve, this is what they want to do with the arm. It’s very seamless, the first programming of it may take a little bit longer, but for the person to recalibrate the arm, takes maybe 1 to 2 minutes, which is enormous when you think about all the different movements that your hand or arm does that you don’t even think about day to day. So, someone who is born without a limb or someone because of an illness or injury has lost their upper limb, and they’re given an upper extremity prosthetic and then these electrodes that are placed with the arm and the algorithm that’s in the arm recognizes those signals and then adjusts to them and so the person can pick up a cup, can use a brush, can use a hairdryer. It’s a really amazing system. They’re refining the software all the time, so the more they get inputs on it, the more that they can evolve the software to do different types of movement and/or have different types of controls. We’re seeing this as an evolving area of technology for prosthetics.

Dr. Cernich: Signing your name, drinking from a cup. You know, if you’ve ever looked at old prosthetics, they were static, right. And so, they were either in a fist, or an open hand. Now, with robotic prosthetics, you have multiple ways that you can move that limb and they can look pretty natural and normal and the more refined control we have, the more normal and natural it will look.

Ms. Daly: So, if I'm listening and I have a good idea for a device or a software technology. How do I go about tapping into your Center’s funding or research?

Dr. Cernich: We are a public program. We offer research project grants and small business-initiated research grants to people from the community that have good ideas. We ask for people to reach out for us to take advantage of the different mechanisms that we have to provide funds to the community to develop these devices. So, whether it is a prosthetic or an orthotic or a mobility device or another assistive technology that can help someone with a physical disability that’s what the National Center for Medical Rehabilitation Research is interested in.

Ms. Daly: And where do you see the research going in the future?

Dr. Cernich: There are two places where I think we need to go. One is making these technologies more accessible. We tend to fund first go-round of these technologies, the first iteration. And just like any other technology, sometimes it’s pretty high-cost or pretty high-tech and it’s not as accessible and so, we probably need to drive a bit more towards things that are low cost and more accessible to the community. But the other is, I think, finding new places to intervene earlier where people can guide that either at home or in a clinic where they’re maybe not getting all the therapy, you know, in the hospital, but they’re having to do it in other places, getting it a little bit closer to the person’s home is another place that I see the technology going. And we’re trying to support those through some of our telehealth programs and some of our mobile health programs. But I do see that as an evolving area.

Dr. Cernich: More accessible and easier for the person to use on their own. Because you only get so many hours of therapy. And some people really do want to push and do more and so we have to find ways to enable that motivation and get that to translate into function.

Ms. Daly: Well, Dr. Cernich, thanks for joining us, for explaining the research, why mobility is so important and all that the Center is doing.

Dr. Cernich: Thanks so much for having me.

Ms. Daly: I’ve been speaking with Dr. Alison Cernich, who leads NICHD’s National Center for Medical Rehabilitation Research. Thanks for listening to another episode of Milestones.