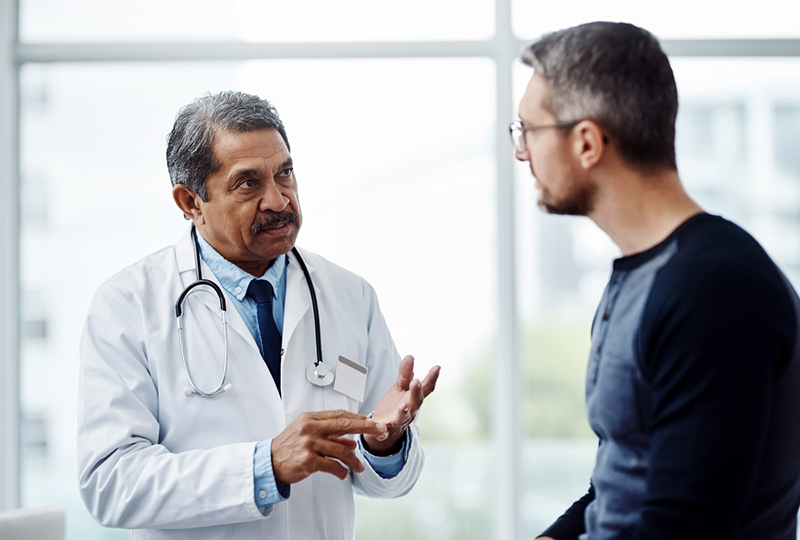 Mutation in a single gene appears to account for a form of male infertility in which men fail to produce sperm, according to an international study funded in part by the National Institutes of Health. Males with the condition, known as non-obstructive azoospermia, fail to produce any sperm, even though they do not have any obstruction in the ducts through which sperm are released. The gene, PNLDC1, codes for an enzyme that processes a class of non-coding ribonucleic acids (RNA) so they can function. These non-coding RNAs are not involved in making proteins but are believed to be involved in various functions that occur during spermatogenesis —the process by which cells in the testes produce sperm cells. The findings may provide insight into how sperm is produced and may one day lead to information helpful for the diagnosis and treatment of non-obstructive azoospermia. Similarly, greater understanding of the gene’s function may contribute to the development of new methods of male contraception.

The study was conducted by an international team of researchers and appears in The New England Journal of Medicine. Funding from NIH’s Eunice Kennedy Shriver National Institute of Child Health and Human Development (NICHD) was provided to two authors’ institutions, the University of Utah School of Medicine, Salt Lake City (Kenneth I. Aston, Ph.D.) and Oregon Health and Science University, Portland (Donald F. Conrad, Ph.D.).

In the search for the genetic foundations of the condition, the researchers sequenced the exomes—protein coding regions of the genome—of 924 men with non-obstructive azoospermia. They found that four of the men had mutations in the PNLDC1 gene. Analysis of testicular tissue from the men showed that spermatagonia (sperm producing cells) failed to complete meiotic cell division and develop sperm cells. The authors theorized that other genes coding for enzymes involved in processing non-coding RNAs also might be involved in infertility due to azoospermia.