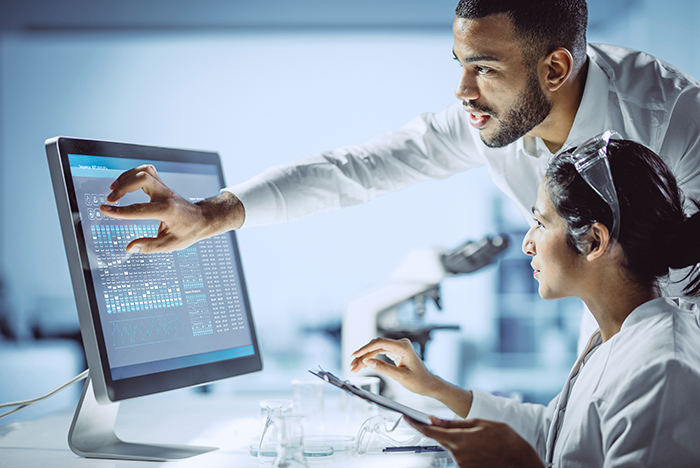 Inherited genetic factors account for approximately 80 percent of the risk for autism spectrum disorder (ASD), according to estimates published in a study funded by the National Institutes of Health (NIH). The study included more than 2 million people from 5 countries—Denmark, Finland, Sweden, Israel, and Australia—and followed children from birth through 16 years of age. The authors concluded that variation in the occurrence of ASD is likely due to inherited genetic influences, with less contribution from environmental factors.

ASD is a complex developmental disorder that affects how a person behaves, interacts, communicates, and learns. While the exact causes of ASD are unknown and are thought to vary among individuals, researchers believe that the disorder has both genetic and environmental origins.

Genetic influences may come directly from a person’s own genes, which are inherited from mom and dad, or “parental effect” genes, which refer to non-inherited genes that are part of mom’s or dad’s genetic makeup. Common examples include genetic material, such as mRNA or protein, found in the egg but not part of the child’s own DNA. Environmental influences also fall into two categories—those shared by family members (such as parents’ education level) and those unique to an individual (such as birth complications or delivery by C-section).

Previous studies have found big differences in how much each type of effect (inherited, parental, shared environmental, and unshared environmental) contributes to the risk for ASD. The researchers sought to determine the influence of each of these contributions by analyzing an extensive dataset of births and family health information.

The study team obtained health records from singleton births in five countries—Denmark, Finland, Sweden, Israel, and Australia (Western Australia only)—excluding multiple births like twins and triplets. Data from Israel included a subset of births between January 1, 2000 to December 31, 2011, while data from the other countries included all births between January 1, 1998 to December 31, 2007. The researchers followed the children up to 16 years of age and had health information on family members across 3 generations.

Out of the roughly 2 million participants, 22,156 (1.11 percent) were diagnosed with ASD. The study team developed several statistical models to estimate the contribution of various effects on ASD risk. They found that, on average, inherited genetic factors accounted for approximately 80.8 percent of the risk, and “parental effects” from mom accounted for 0.4 to 1.6 percent, which was deemed negligible. They also found that nonshared environmental factors consistently contribute to ASD risk, ranging from 15.1 to 33.6 percent, depending on the country and statistical model used. The researchers did not find a significant contribution from shared environmental factors.

ASD was first described in the 1940s, but knowledge gaps remain about its causes and development. This study shows that inherited genetic factors are important. However, because of how the study was designed, it does not show that inherited genetic factors are the only cause of ASD. There are many important factors that were left out of the study’s design.

“These findings provide evidence that inherited genetic factors likely play an important role,” said Alice Kau, Ph.D., of NICHD’s Intellectual and Developmental Disabilities Branch, which oversaw funding for the study. “But the results are limited by not accounting for interactions between genetic and environmental factors and even some types of genetic factors that aren’t inherited.”

For instance, the study did not account for mutations called single-nucleotide variants and copy number variations that occur for the first time in a family member; these types of mutations are known risk factors for ASD. The study also did not study paternal factors (such as the father’s age), which are also associated with autism.

The authors note that there are still many unanswered questions that are not addressed by their study.

“There is a lot of work that still needs to be done. We still don’t know many of the specific genes that contribute to risk, and there are numerous potential environmental factors that could be related to ASD. We have so far only been scratching the surface,” said Abraham Reichenberg, Ph.D., a study author from the Seaver Autism Center at the Icahn School of Medicine at Mount Sinai in New York.

Editorial: Jutla A, Reed H, Veenstra-VanderWeele J. The Architecture of Autism Spectrum Disorder Risk What Do We Know, and Where Do We Go From Here? JAMA Psychiatry DOI: 10.1001/jamapsychiatry.2019.1375 (2019)