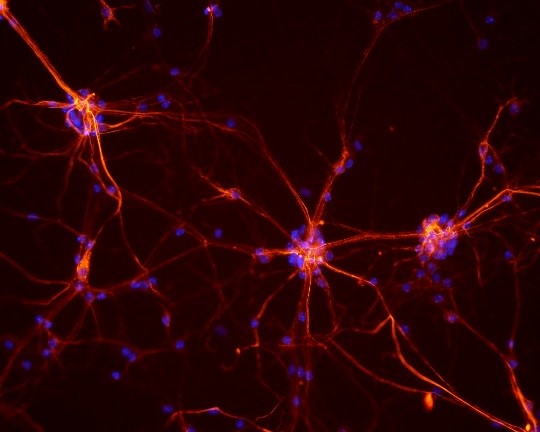 A protein found only in mouse embryos and not in adult mice is important for fetal neurodevelopment, according to NICHD researchers. The findings suggest a role for an alternate form of the protein carboxypeptidase E (CPE), called CPE-∆N, in development of the nervous system. The study appears in the July 31, 2018, issue of The FASEB Journal.

Building the brain and nervous system depends on the expression of different proteins at different stages of fetal development. One such protein is CPE. In mice, lack of CPE causes memory problems, infertility, obesity, and diabetes. In people, CPE genetic mutations occur rarely, but have been found in an Alzheimer's patient and a woman with intellectual disability, obesity, type 2 diabetes, and other symptoms. Understanding CPE's role when it functions normally and abnormally may lead to new insights into normal brain development as well as diseases of the nervous system.

In a study led by Y. Peng Loh, Ph.D., of the Eunice Kennedy Shriver National Institute of Child Health and Human Development (NICHD), researchers investigated the potential role of CPE-∆N, a smaller, naturally occurring version of CPE, in nervous system development. The team found that in mice, CPE-∆N is found exclusively in embryos and not in adults. It also surges when brain tissue forms and expands, as well as immediately after birth.

Next, the researchers increased levels of CPE-∆N in mouse neurons and cell lines, similar to the increase seen in fetal development, and they found that genes important for embryonic neurodevelopment also increase. The findings imply that CPE-∆N likely regulates these genes—IGFBP2, DAP1, and EFNA1—and is important for neurodevelopment.

"We can't properly understand disease development without a basic understanding of normal development," said Dr. Loh, senior investigator in the NICHD Section on Cellular Neurobiology. "While more work is needed, our findings could help explain why mutations in CPE may lead to abnormal brain development and neurological diseases in people."