Results indicate that preeclampsia may begin early, with a failure of placental cells to adequately form 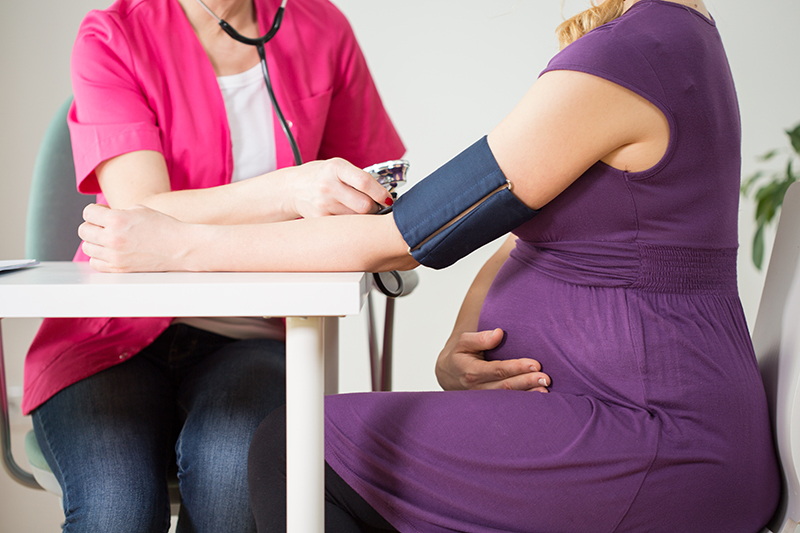 Preeclampsia—a life-threatening hypertensive disorder of pregnancy—may begin with a failure of the outermost cells of the early placenta to sufficiently invade the uterine wall, suggests a study funded by the National Institutes of Health. Researchers generated these outermost cells—known as trophoblasts—from stem cells taken from placentas of women who had preeclampsia during pregnancy. Compared to trophoblast cells generated from healthy placentas, the researchers showed that cells from placentas with preeclampsia were slower to form syncytiotrophoblasts, a subtype of more mature trophoblast cells, and these cells were less effective in exchanging oxygen, nutrients, and wastes between mother and fetus. The findings provide information that may inform future research to diagnose and treat preeclampsia early in pregnancy.

The study was conducted by Mana M. Parast, M.D., Ph.D., of the University of California, San Diego, and colleagues. It appears in Scientific Reports. Funding was provided by NIH’s Eunice Kennedy Shriver National Institute of Child Health and Human Development (NICHD) and National Institute of General Medical Sciences.

Preeclampsia is a potentially life-threatening high blood pressure disorder of pregnancy that increases the risk for seizures, stroke, and pregnancy loss. The disease processes responsible for preeclampsia are not well understood, but abnormal development and functioning of trophoblasts are thought to play a role. After the developing embryo implants in the uterus, trophoblast cells invade the uterine wall and establish connections with the circulatory system within the first 10 weeks of pregnancy. Previous studies have shown that in preeclampsia, the disc-shaped structure that forms where the placenta joins the uterine wall is smaller than normal. Placental blood vessels may also show signs of blockage, and hemorrhages may occur between placental and uterine tissues. Blood vessels in the maternal part of the placenta are also poorly formed and show signs of inflammation.

For the current study, the investigators used a new technology to generate trophoblast cell lines from placentas of pregnancies with or without preeclampsia. The investigators also used advanced techniques to analyze the trophoblasts’ gene activity and assess DNA methylation patterns—the binding of compounds known as methyl groups to DNA—which can alter a gene’s activity.

During normal placental development, trophoblast cells encounter low oxygen conditions when they invade the uterine wall and before they establish a connection with the mother’s circulatory system. During a shift from high oxygen to low oxygen levels designed to mimic these conditions in the cell culture system, syncytiotrophoblasts from women with preeclampsia did not respond normally to low oxygen levels.

The researchers believe their results correspond with what is known about the early stages of normal placental formation and preeclampsia and that their method of culturing trophoblast stem cells derived from placental tissue will provide a new laboratory tool for future research to understand the causes of preeclampsia and to inform the development of treatments for the condition.