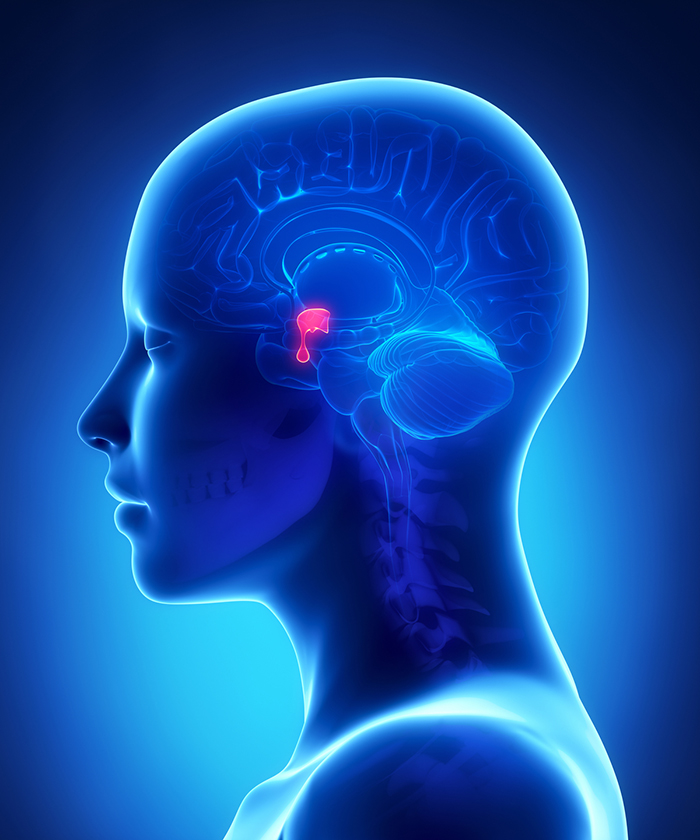 Researchers at the National Institutes of Health have discovered a new form of Cushing syndrome, according to a study in the Journal of Clinical Endocrinology & Metabolism. Cushing syndrome results when the body produces excessive amounts of cortisol, an essential hormone that controls the immune system and maintains heart function and blood pressure, among other key tasks.

The discovery is believed to be the first time that scientists have observed a mutation of the gene for ubiquitin-specific peptidase 8 (USP8) in all cells of the body. Cushing syndrome has previously been traced to USP8 mutations, but those mutations arose spontaneously in pituitary cells only.

The study also was supported by the National Institute of Diabetes and Digestive and Kidney Diseases.

Symptoms of Cushing syndrome include obesity, muscle weakness, fatigue, high blood pressure, high blood sugar, depression, and anxiety. The excess cortisol that causes Cushing syndrome can result from certain medications or from non-cancerous or cancerous tumors of the pituitary or adrenal glands. The pituitary gland, the pea-sized gland attached to the base of the brain, produces adrenocorticotropic hormone (ACTH), which signals the adrenal glands, two glands on top of each kidney, to pump cortisol into the bloodstream. Tumors in these glands can trigger the overproduction of cortisol, either directly or through overproduction of ACTH.

USP8 mutations in pituitary tumors often trigger the release of excess ACTH. However, in these cases, the mutation has been present only in the tumors and not in other cells of the body.

A female Cushing syndrome patient was admitted to the NIH Clinical Center when she was 16 years old. After testing, the researchers determined that she had a tumor producing ACTH, which was then removed. Her symptoms decreased but returned 7 months later. DNA testing later revealed that the USP8 mutation was present in all the cells of her body, not just her pituitary gland.

The presence of a USP8 mutation in all the body’s cells is a newly discovered cause of Cushing syndrome. The finding will help researchers understand complex signaling processes between cells and develop potential treatments for resisting or halting replication of the mutation. Additional studies are needed to determine how the mutation affects various organ systems in the body.