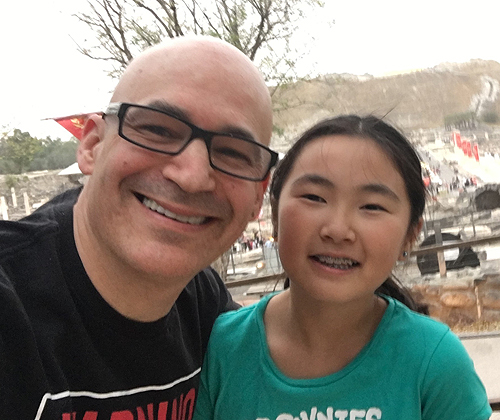 We talk about it all the time—the fact that infertility, including pregnancy loss, is not just a women's health issue. But the message doesn't always reach beyond the research world. Our guest today, Dr. Enrique Schisterman, chief of the Epidemiology Branch within NICHD's Division of Intramural Population Health Research, not only gets the message, but also applies it to his own perspective and career. Dr. Schisterman has an academic background in statistics and epidemiology, but it's his personal experiences that remind us infertility and pregnancy loss also affect men, often in profound ways.

Dr. Schisterman thanks for joining us.

Ms. Daly: What were your experiences as a young man that so shaped your personal and professional life?

Dr. Schisterman: When I started my career, I was doing my Ph. D in cardiovascular epidemiology and at the same time, we were trying, as many couples do, were trying to have a child and after many, many months of trying and not being able to conceive and having pregnancy losses, I started, because of my background, I started looking into the literature on how to help couples to get pregnant. Also, it was clear back then that insurance didn't cover any of the treatments that are associated with pregnancy or maintaining a pregnancy. So, I invested some time and I realized that there is so much unknown about this field. And I got inundated on questions that I wanted answers, not only different treatments that we took as a couple, my wife and I, but also has led me to change a career path where I moved from doing cardiovascular disease to try to help couples get pregnant as we were helped. Today we have two beautiful children thanks to these technologies and knowledge that we have in science.

Ms. Daly: So, if you wouldn't mind just backing up a little, when you say based on your background, tell me a little bit about where you're from and what your background is?

Dr. Schisterman:  I was born in Argentina and I grew up there and after I finished high school, I moved to Israel to do an undergrad degree in mathematics, and realizing that mathematics is fun for me, but it's hard to help others, I embarked on a different path, which was epidemiology, which is the science of trying to help populations and not individuals. So, I came to the United States and did a Ph D. at the University of Buffalo and then did a post doc at Harvard where I actually switched, where I became a reproductive and perinatal epidemiologist before I was a cardiovascular epidemiologist. So, my personal life and my career has been interchanging one way or the other.

Ms. Daly: And it was during this time that you were also trying to start a family?

Dr. Schisterman: That's right. Most of the people who tried to start their families in this era are also in their 30s; it's also when you're trying to finish your degrees and move in your career ladders. So, it is in this time that all these things happen to all of us.

Ms. Daly: And it was at that path that you realized..

Dr. Schisterman: Yes, it was fascinating that, you know, on the one hand there is so little known about how can we prevent pregnancy loss? What are the factors that are affecting pregnancy loss? How do we help couples become pregnant? And on the other hand, on the policy side, why is it insurance doesn't cover in most of the states, the issues of pregnancy, where the therapies today are so effective. Sixty percent of the couples who go to assisted-reproductive technology can have a baby, where if they don't try anything, you will be less than five percent of them. When I realized, that first of all, that treatments are so expensive, but also that we don't have things that are inexpensive that will affect millions of people. And I embarked on trying to study little things that we can do or inexpensive things that we can do to help the men and the women or the couple to get pregnant and have a successful pregnancy.

Dr. Schisterman: So, the background to this is, we found that some of the issues that are associated with infertility are also associated with later events in life, such as cardiovascular disease and cancer. So, it seems that these things have a common cause and if they have a common cause, it has to have happened before we get pregnant. So, we started investigating issues, such as obesity, lipids or cholesterol levels and lifestyle factors that we know affect the risk of cardiovascular disease and cancer and also affect infertility. Now, we have some evidence that these factors, if we start before we try to get pregnant to intervene on them, we will have a double effect, we will help couples get pregnant, but also, we'll have men and women avoid devastating events in life, such as cardiovascular disease and cancer. It's 's a life-course type of approach, where we intervene, or we try to affect as young as we can for the life course of every individual.

Ms. Daly: So, you're a strong believer in the positive effects of low-dose aspirin in helping to promote healthy pregnancy in women. Can you tell us more about the benefits of this approach?

Dr. Schisterman: Yes, and this links back to my personal life. Back then, there was, 15-years ago, there was, when we were trying to get pregnant, there was only a single trial done on low-dose aspirin helping women grow their endometrium, so they will get more receptive to the embryo and they will get pregnant, meaning the embryo will implant. But there was nothing else besides that on couples who have one or two pregnancy losses, which is such a common scenario. So, we went and embarked on this large randomized trial, meaning we gave a couples either aspirin or placebo and they didn't know what they got before they got started to try to get pregnant and follow who will have more babies, either the treatment or the placebo. We found that those who were on low-dose aspirin and that started before preconception, were more likely to have a live birth and less likely to have a pregnancy loss. So, this is a very, very inexpensive therapy that have very few side effects that could have a tremendous impact on the on couple's ability to have a live birth.

Ms. Daly: How was that research followed up?

Dr. Schisterman: The reason that we study low-dose aspirin is because of aspects of inflammation and we study this only in women. Now, 50-percent of the genes and 50-percent of the work, well not exactly the work, is coming from the men, so, we are looking at factors that will affect pre-conception-ly, men to help them as a couple become pregnant. And so, we embarked on a new trial where we are giving men folic acid and zinc to see, or placebo, they don't know what they get, and we'll follow this very large group of couples and we'll see if they get more live births, less pregnancy losses compared to the placebo. And we are in the last stages of that trial. So, we hope that we are looking for again, low-cost interventions, such as zinc and folic acid or aspirin to help couples who are not covered under insurance or who would be the first line of treatment without going to this invasive, expensive treatment as ART and try to help them get pregnant.

Ms. Daly: And the zinc and folic acid is directed at men.

Dr. Schisterman: Only at men. Women already, the recommendations today are to take folic acid regardless of intentions of pregnancy because 50% of the pregnancies are actually unintended. So, we need to give women folic acid to prevent birth defects and other fantastic effects of folic acid, but we never did the same in men and 50% of the DNA of the embryo, or the child will come from the men, so we're trying to see the effects of folic acid in men.

Ms. Daly: And when does that trial end?

Dr. Schisterman: It's just ended. We will have the results by the end of 2019, so, stay tuned and come back and I will tell you some of the results of that trial.

Ms. Daly: And the results for you personally, you have two healthy… 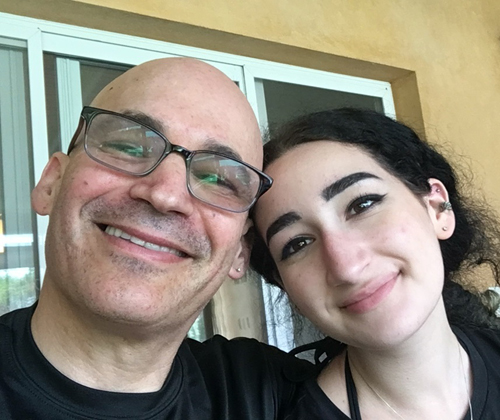 Dr. Schisterman: I have two wonderful kids, one is treatment-assisted, one is adopted and all these treatments, all these approaches always lead to a happy ending.

Ms. Daly: That's wonderful. Well, thank you so much for sharing your research and your personal life.

Ms. Daly: I've been speaking with Dr. Enrique Schisterman, chief of our Epidemiology Branch, about his experiences and his research. Dr. Schisterman, thank you so much.

Ms. Daly: And thanks for listening to another episode of Milestones. I'm your host Meredith Carlson Daly.