Science Update: Children more likely to become friends when they sit next to each other in school, NIH-funded study suggests 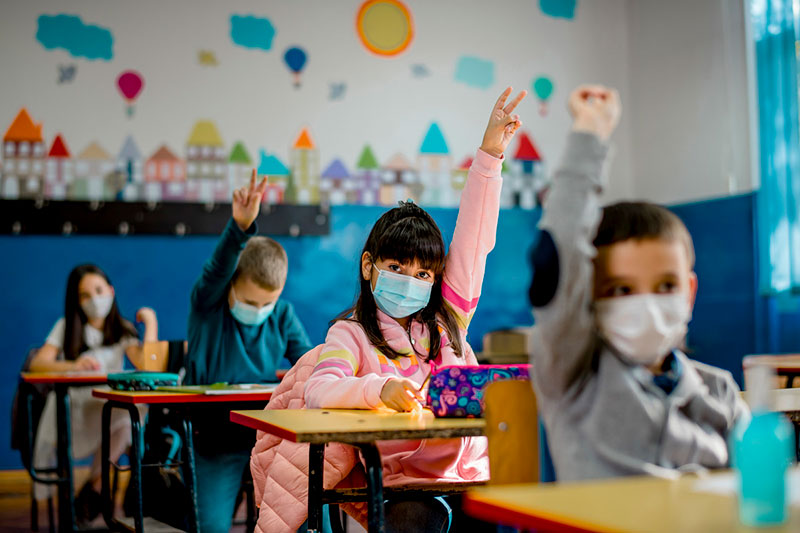 Even though they encounter multiple classmates during school each day, primary school children are much more likely to become friends with classmates they sit next to rather than other children in the class, a study funded by the National Institutes of Health suggests. The results imply that by assigning seats, teachers have a disproportionate influence on the friendships their students form.

Until more research is available to inform seating decisions, the researchers advised teachers to consider their seating choices carefully.

The study was conducted by Brett Laursen, Ph.D., of Florida Atlantic University and doctoral student Sharon Faur. It appears in Frontiers in Psychology. Funding was provided by the NIH’s Eunice Kennedy Shriver National Institute of Child Health and Human Development.

Friendships are essential to child well-being. Previous studies have shown that having friends provides children with support and companionship, bolsters social skills and protects against victimization. Emotional problems decline among formerly friendless children who make friends and increase among children who lose all their friends.

A study in the early 1960s found that under some circumstances, college students who sat near each other tended to like students they sat near more than they liked distantly seated classmates. Children in the primary grades have less freedom of movement than college students and so may have fewer options for making friends. The study authors reasoned that the assigned seating common in elementary classrooms could have an even greater influence on friendship formation than it does for older students.

The study included 235 participants ages 8-11 (129 boys, 106 girls), . At the study’s beginning, and again, 13-14 weeks later, students were asked to rank their friends, according to their best friend, next best friend, and so on. The researchers used teacher seating charts to determine students’ proximity to each other.

The findings indicate that teacher’s seating choices have a great influence on the formation of student friendships. More research is needed to guide teachers’ seating choices.

In their article, the authors noted that attempts to influence student peer relationships through seat assignments may have negative consequences. They cited a study that attempted to improve the relationships of students who disliked one another by seating them together. While these students often overcame their mutual animosity, students in these classrooms tended to behave more aggressively than students in classrooms where teachers didn’t seat such children at odds near each other.

“Taken together, our findings highlight the enormous influence that teachers wield over the interpersonal lives of children,” Dr. Laursen said. “With great power comes great responsibility: We urge teachers to exercise their power judiciously.”