Science Update: Screen time before bed linked to less sleep in children with impulse control problems, according to NIH-funded study 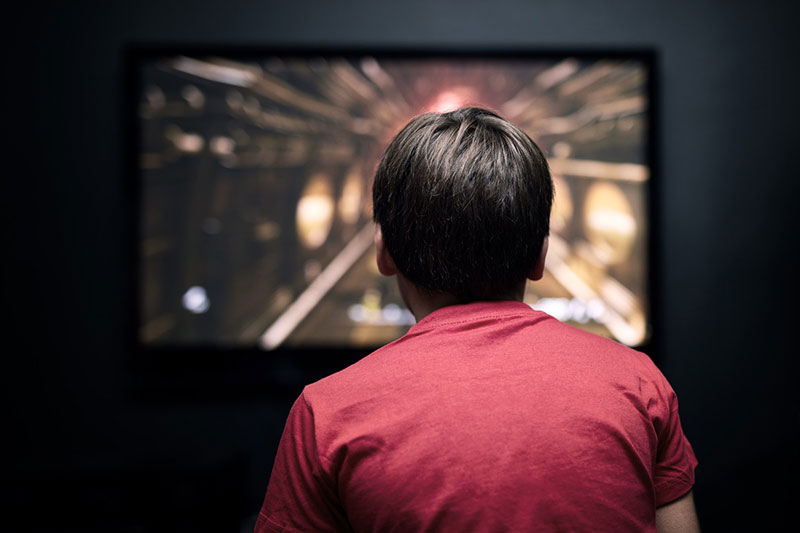 Screen time before bed may affect kids differently, depending on whether they have a particular personality trait, suggests a study funded by the Eunice Kennedy Shriver National Institute of Child Health and Human Development (NICHD). Nighttime electronic media use was linked to less sleep in children who scored lower on a measure of effortful control—the ability to override inappropriate impulses, focus attention, and complete difficult tasks. In contrast, bedtime screen use was not associated with sleep reduction in children who scored high in effortful control.

Although it is possible to help children develop their effortful control, the researchers say that it would be more productive to help establish good screen habits and sleep routines before adolescence, when parents begin to have less influence over their children’s sleep habits.

The study was conducted by Kathryn Lemery-Chalfant, Ph.D., of Arizona State University, and colleagues. It appears in Psychological Science.

Previous studies have associated children’s and adolescents’ electronic media use near bedtime with differences in sleep quantity, quality, and timing. The authors wanted to examine whether this association varied according to children’s characteristics. They undertook the current study to determine whether differences in effortful control could influence sleep following bedtime media use.

The researchers tracked the sleep patterns of 547 children, ages 7 to 9, for one week. Parents kept daily diaries of the times their children went to bed and woke up and of the times they used screens. Media activities consisted of using a desktop or laptop computer, watching television, playing video games, or using a phone or tablet for games or the internet. The children wore actigraphs—wristwatch-like devices that tracked their movements and ambient light. By tracking nighttime inactivity, the researchers estimated how long the children slept.

Parents responded to a questionnaire designed to rate their children’s personality traits, including effortful control. Measures of effortful control included the degree to which children could make themselves do homework, even when they wanted to play; whether they were easily distracted when listening to a story; and whether they had an easy time waiting to open a present.

On average, the children slept 8 hours per night and used media before bed an average of 5 of the 7 nights. Those who used media before bed slept an average of 23 minutes less per night and went to bed 34 minutes later than those who did not. However, given equivalent amounts of bedtime media use, children who scored high on effortful control slept for 8 hours, and those who scored low on effortful control slept about 40 minutes less.

"Instead of parents wondering how to help their child better regulate their behavior, they can try to focus on creating more consistent sleep and media use schedules," said study author Leah Doane, Ph.D., of Arizona State University.