Science Update: Hormone prevents obesity in offspring of pregnant mice with obesity, according to NIH-funded study 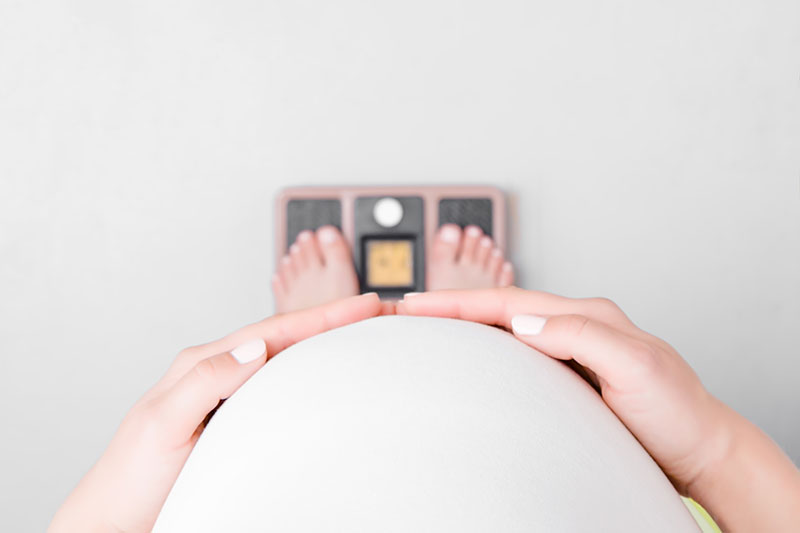 Giving the hormone adiponectin to pregnant mice with obesity prevented later life obesity and related health conditions in their offspring, according to a study funded by the National Institutes of Health. The findings suggest that adiponectin, a hormone produced by fat cells, could play a role in reducing the lifelong obesity risk of children born to mothers with obesity during pregnancy.

The study was conducted by Jerad Dumolt, Ph.D., and colleagues at the University of Colorado. It appears in the Journal of the Federation of American Societies for Experimental Biology. Funding was provided by NIH’s Eunice Kennedy Shriver National Institute of Child Health and Human Development.

Previously, authors of the current study raised adiponectin to normal levels in mice with obesity in late pregnancy. This resulted in their offspring being born at normal weight and prevented them from developing obesity and insulin resistance up to age 3 months—the equivalent of young adulthood in humans.

In their most recent study, the researchers sought to determine if adiponectin treatment of pregnant mice with obesity would prevent the development of insulin resistance in their offspring from 6 to 9 months—the equivalent of early middle age in humans.

At 6 and 9 months of age, offspring of obese mice treated with adiponectin in late pregnancy did not develop insulin resistance or have difficulty lowering their blood sugar levels, compared to the offspring of untreated mice.

The authors noted that two thirds of all pregnant women in the United States have obesity, and their offspring face a higher risk of obesity and related health conditions. They cautioned that the results of their study in mice may not apply directly to pregnant humans with obesity. They added, however, that research on the role of adiponectin in human pregnancies might lead to advances in reducing the risk for obesity and its attendant health problems.