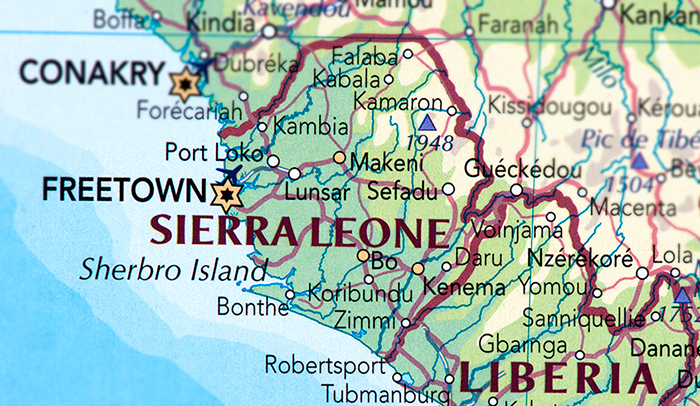 Acceptance and support from communities and families appear to lessen the toll of mental health conditions experienced by former child soldiers transitioning to early adulthood, according to a study by researchers at the National Institutes of Health and other institutions. The study appears in the Journal of the American Academy of Child and Adolescent Psychiatry.

When civil war broke out in Sierra Leone in 1991, several warring factions abducted children and forced their involvement in armed groups. An estimated 15,000 to 22,000 boys and girls of all ages were subject to repeat sexual violence, forced use of alcohol and drugs, hard physical labor, and acts of violence until the war ended in 2002.

“Sierra Leone’s child soldiers experienced violence and loss on a scale that’s hard to comprehend,” said study author Stephen Gilman, Sc.D., chief of the Social and Behavioral Sciences Branch at NIH’s Eunice Kennedy Shriver National Institute of Child Health and Human Development (NICHD). “Our study provides evidence that there may be steps we can take to modify the post-war environment to alleviate mental health problems arising from these experiences.”

To conduct the study, researchers analyzed data from the Longitudinal Study of War-Affected Youth, a 15-year study of more than 500 former child soldiers who participated in Sierra Leone’s Civil War. Participants were interviewed four times (in 2002, 2004, 2008 and 2016 to 2017) about their involvement with armed groups, exposure to violence in the war, and about their family and community relationships after the war. Interviewers also asked participants a series of questions to gauge their mental health status and their psychological adjustment at multiple time points.

From the data, researchers were able to group the participants into three developmental trajectories:

Members of the socially vulnerable group were about twice as likely as those in the socially protected group to experience high levels of anxiety and depression. They were three times more likely to have attempted suicide and over four times more likely to have been in trouble with the police. Those in the improving social integration group had violence exposure similar to that of the socially vulnerable group but were not significantly more likely than the socially protected group to experience any negative outcomes, apart from a slightly higher level of trouble with police.

The authors concluded that efforts to increase social and family acceptance while reducing stigma remain important components of interventions to help former child soldiers adapt to post-conflict life. They added that, in addition to understanding the mental health conditions that may afflict former child soldiers, it is important to monitor their family and community relationships after the war.