Findings may inform new ways to diagnose condition that affects up to 10% of U.S. women 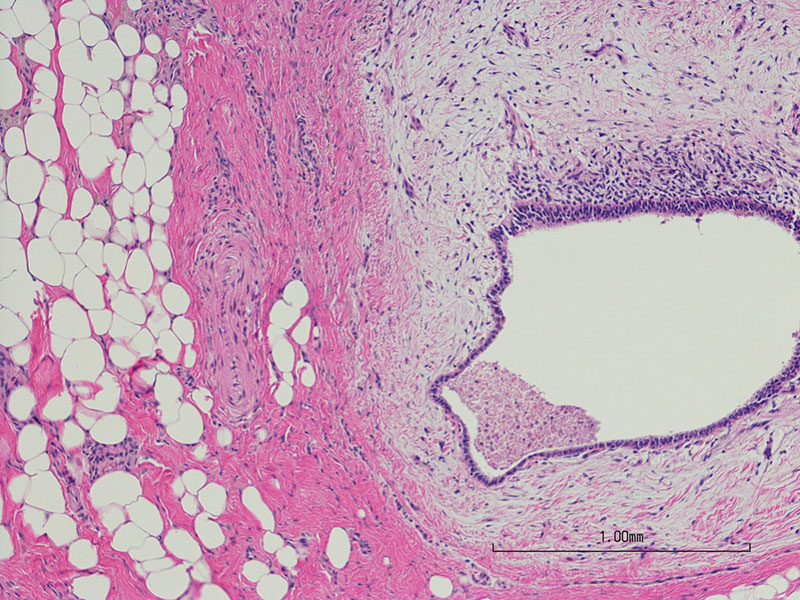 DNA from uterine cells of women with endometriosis has different chemical modifications, compared to the DNA of women who do not have the condition, according to researchers funded by the National Institutes of Health. The changes involve DNA methylation—the binding of compounds known as methyl groups to DNA—which can alter gene activity. Moreover, the methylated DNA regions varied according to the stage, or severity, of endometriosis and responded differently to hormones involved in the menstrual cycle. Uterine responses to hormones influence pregnancy and other functions of uterine tissue.

The study was conducted by Linda C. Giudice, M.D., Ph.D., and colleagues at the University of California, San Francisco. It appears in PLOS Genetics. The study was funded by NIH’s Eunice Kennedy Shriver National Institute of Child Health and Human Development (NICHD).

“The findings raise the possibility that differences in methylation patterns could one day be used to diagnose endometriosis and develop customized treatment plans for patients,” said Stuart B. Moss, Ph.D., of NICHD’s Fertility and Infertility Branch.

Endometriosis is a disease in which tissue similar to the lining of the uterus grows in other places in the body, such as on the ovaries, fallopian tubes or the bowels and bladder. It affects from 5 to 10% of women in the United States. Its main symptoms include pain, especially during menstrual periods, and infertility. Endometriosis is classified into four stages, ranging from minimal (stage I) to severe (stage IV). The only definitive way to diagnose endometriosis is with a surgical procedure called a laparoscopy

The researchers analyzed a type of cell known as an endometrial stromal fibroblast, which regulates cells in the lining of the uterus. They compared methylation across DNA regions and differences in gene functioning in cells from women who did not have endometriosis or any other gynecological disorders to those of women with stage I endometriosis and of women with stage IV endometriosis. They also observed methylation patterns and gene functioning after the cells were exposed to estradiol (a form of estrogen) alone, progesterone alone, and to a combination of the two hormones to mimic changes in the levels of these hormones that occur during the menstrual cycle.

DNA methylation patterns and gene functioning differed among all groups of cells before exposure to the hormones, with exposure to each individual hormone, and to the combination of the two. The differences in methylation and gene functioning between stage I and stage IV endometrial cells could mean that the two may be distinct subtypes of endometriosis, rather than different degrees of the condition, Dr. Giudice added.

“The data indicate that the proper interactions of hormones and DNA methylation are critical in normal uterine function,” said the study’s lead author, Sahar Houshdaran, Ph.D., University of California, San Francisco. “The changes in these interactions that we’ve seen could play a role in the infertility that often accompanies endometriosis.”