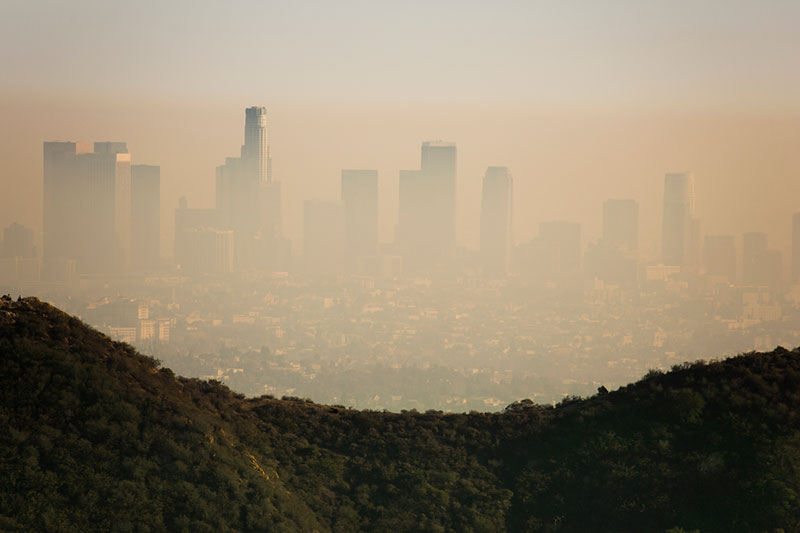 The increase in pregnancy complications linked to air pollution exposure could result from the pollutants’ direct effects on the placenta, suggests a study in mice funded by the National Institutes of Health. Placentas of mice exposed to a mixture of common urban air pollutants before and during pregnancy were inflamed and had a loss of blood vessel cells. The study authors say the findings could provide insight into how air pollution might affect pregnancies and lead to strategies for preventing pregnancy complications.

The study was conducted by Sherin U. Devaskar, M.D., the David Geffen School of Medicine at UCLA, and colleagues. It appears in Scientific Reports. Funding was provided by NIH’s Eunice Kennedy Shriver National Institute of Child Health and Human Development.

Previous studies have found that exposure to air pollution during pregnancy is associated with preterm birth, gestational diabetes, and preeclampsia, a blood pressure disorder.

In the current study, researchers exposed female mice to a mix of air pollutants found in urban areas beginning two months before conception and throughout pregnancy. Using various cellular and molecular techniques, they analyzed the animals’ placental cells.

A maternal immune attack on the cells of the placenta could disrupt the supply of oxygen and nutrients to the fetus, potentially resulting in pregnancy complications, such as preterm labor or preeclampsia.

"The cellular changes we have observed could provide the missing link between exposure to air pollutants and adverse pregnancy outcomes, thereby helping to focus development on preventive strategies for at-risk pregnancies,” Dr. Devaskar said.