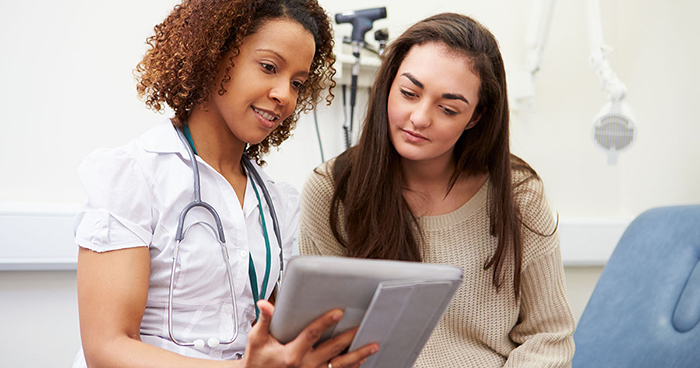 Medicaid reimbursement practices that make it easier for hospitals to provide long-acting, reversible contraception (LARC) immediately after childbirth reduced the rate of closely spaced births among teenagers in South Carolina, according to a study supported by NIH’s Eunice Kennedy Shriver National Institute of Child Health and Human Development (NICHD). The study was led by researchers from Brown University and appears in the Journal of the American Medical Association.

Short intervals between pregnancies increase the risk of childbirth complications and have been linked to adverse outcomes for newborns, including preterm birth, low birthweight and death. To reduce these risks, healthcare practitioner groups recommend waiting at least six months before conceiving again and recommend that women should be counseled about contraception, including LARCs, soon after childbirth. However, according to the study authors, insurance reimbursement practices, which issue a single payment to hospitals for all childbirth services, may deter hospitals from providing LARCs in the hospital stay immediately after birth.

In 2012, South Carolina’s Medicaid program changed its reimbursement practices so that hospitals were paid separately for LARCs provided during childbirth hospitalizations. In the current study, researchers analyzed Medicaid data (nearly 243,000 childbirth hospitalizations) from 2010 to 2017. They found that following the reimbursement change, more women received LARCs immediately after childbirth, increasing from 0.07 percent for adults and teenagers in 2010 to 5.65 percent for adults and 10.48 percent for teenagers by December 2017. They also observed that the rate of short-interval births (subsequent childbirth within 21 months) for teenagers, which had been increasing before the reimbursement change, flattened and was approximately 5.3 percentage points lower than the projected rate. The researchers did not find significant changes in short-interval birth rates among adults.

Overall, the findings suggest that reimbursing hospitals for LARCs separately during childbirth hospitalizations may increase the availability and use of contraception and help teens avoid short-interval births.