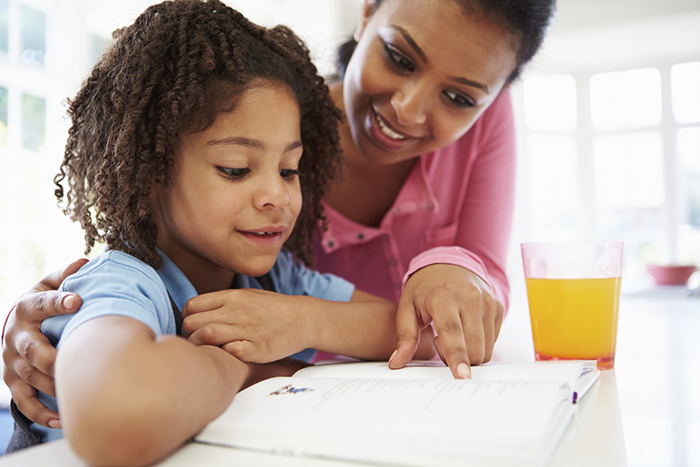 Supportive parenting may help adolescents avoid brain development issues that have been linked to living in poverty, suggests a study funded by the National Institutes of Health. By age 25, children of supportive parents—those who reason with and encourage their children to consider the consequences of their behavior—had more neural connections in brain regions that regulate learning, memory, and emotional control, compared to peers with less supportive parents.

Previous studies have linked living in poverty to a greater risk of learning difficulties, lower educational achievement, and mental health problems such as anxiety and depression. Other studies have found that children from impoverished backgrounds are more likely to have less volume in brain areas associated with learning and regulation of impulses and emotion.

In the current study, researchers sought to determine whether supportive parenting of children in poverty might influence the development of two brain networks: the central-executive network, which deals with learning, memory, reasoning, and decision making, and the emotion-regulation network, which manages strong emotional experiences such as anger and depression.

The researchers analyzed data from 119 African American men and women aged 25 years who live in rural Georgia. Participants were recruited for the original study when they were 11 years old from families living at or below the poverty line. The families provided data on income status periodically, when the participants were 11 to 13 years old and again when they were 16 to 17 years old. During these time periods, the participants also responded to survey questions that measured supportive parenting, rating their parents on such statements as “Your mom talks about good things you have done.” Similarly, participants and their caregivers also responded to questions assessing severe disciplining techniques, such as whether their parents were angry, critical, rejecting, or physical toward them.

The findings suggest that supportive parenting may help adolescents overcome poverty’s negative effects on brain development. However, the study was not designed to establish cause and effect. The researchers theorize that engaged and supportive parents demonstrate and convey self-control strategies and problem-solving skills, which in turn helps their children better navigate adolescence.