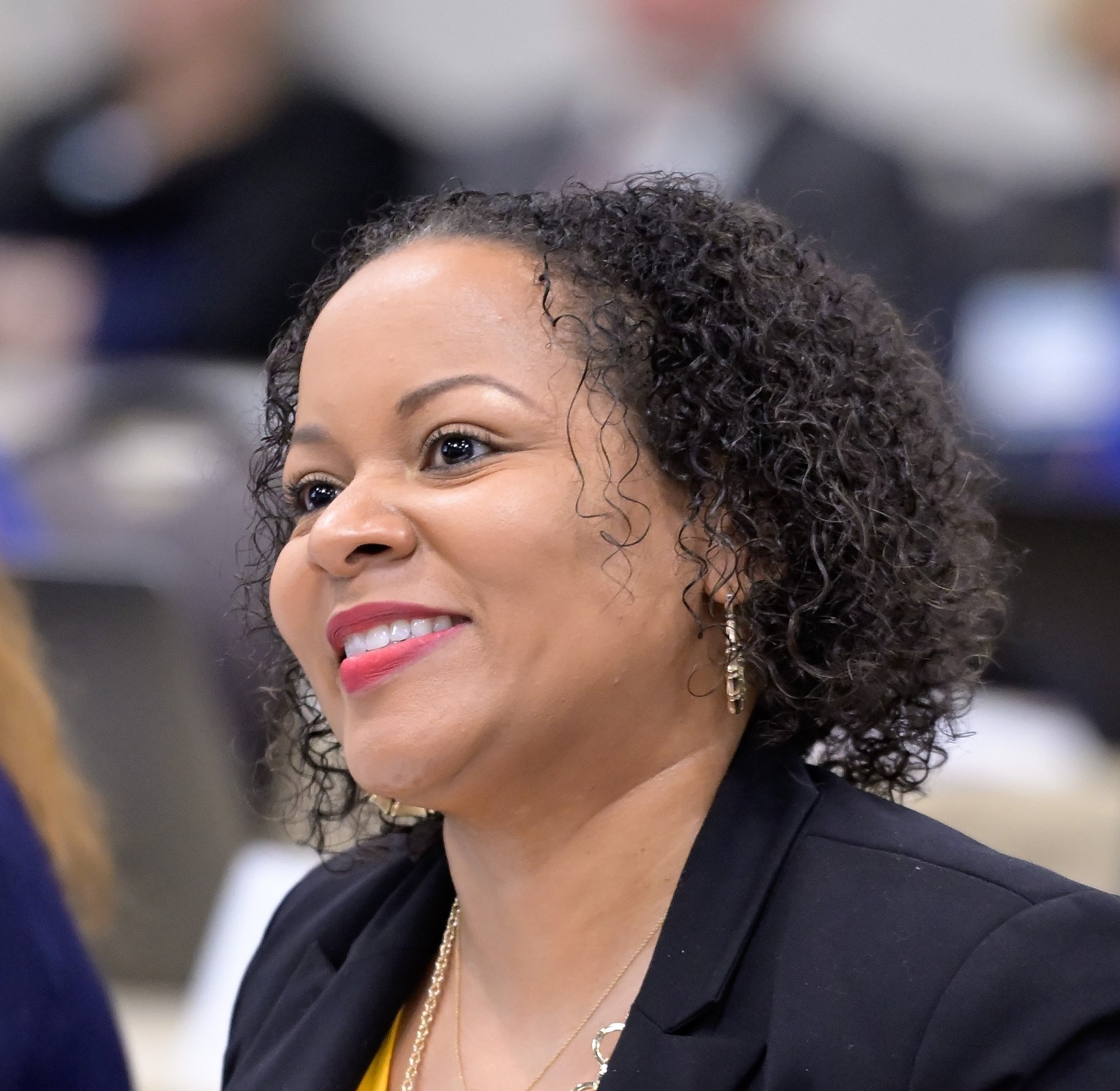 Each year in the United States, 700 women die from pregnancy or childbirth complications, according to the U.S. Centers for Disease Control and Prevention. That's one of the highest maternal death rates in the developed world.

Dr. Chinn thanks for joining us.

Dr Chinn: Thank you for having me

Ms. Daly: What is population dynamics and how does it relate to maternal mortality?

Dr. Chinn: Population dynamics is a phrase that is synonymous with the word demography and demography is the science of population processes and factors involved in the maintenance of the population, its growth or decline. There are three main areas of demography: they are fertility, migration and mortality. What that means is you're born, you exist and move around in the world, and you die.

Social demographers, which is what I am, analyze changes in these 3 areas and what factors contribute to the occurrence of these factors, why and when and how they occur, how they change over time and why subsets of the population experience them differently.

Dr. Chinn: Defining maternal mortality is not as easy as it may initially appear at the sound of the term, but before we get to mortality, let's just talk about them in a little bit more of the way in which they occur sequentially. So, maternal morbidity is the short- and long-term health complications of pregnancy and childbirth. Severe maternal morbidity is the life-threatening childbirth complications When we move from that, we're talking about the terms that are often used in this conversation, which are maternal mortality and pregnancy related deaths. Pregnancy related death is the death of a woman during pregnancy or within 1 year of the termination of that pregnancy from either a pregnancy complication, a chain of events initiated by the pregnancy or the aggravation of an unrelated condition, but aggravated by the pregnancy. That is the term that we are typically thinking about when we discuss maternal mortality.

Ms. Daly: Can you explain to me why this area of research is so important to NICHD and our mission?

Dr. Chinn: The key part of the mission that's crucial for this topic is that women suffer no harmful effects of their reproductive process—and pregnancy is part of the reproductive process and maternal morbidity, severe maternal morbidity and maternal mortality are harmful effects of that process. And so not only is it important that we support research and conduct research here at NICHD on that topic, but it's actually a large part of our mission to do so.

Dr. Chinn: There are many factors that contribute to these adverse pregnancy outcomes. Severe maternal morbidity and pregnancy related deaths/maternal mortality that are known as well as unknown. There's still a large part that we don't know about the causes of 1, the increase in trends, but also the incidences themselves. The most identified causes of death that are attributed to maternal mortality are cardiovascular disease, infection, some people may be familiar with the term ‘sepsis', and hemorrhage or bleeding. Those are common causes. People also think of pre-eclampsia or hypertension and things like that. Those are common causes, but the 3 top contributors are cardiovascular disease, infection and hemorrhage.

Ms.Daly: Among the studies that your branch has funded out of Stanford University, Dr. Stephanie Leonard had some pretty interesting results. Can you give me a summary of what she found?

Dr. Chinn: So, Stephanie Leonard and her colleagues at Stanford University analyzed 20 years of California hospital records for causes of severe maternal morbidity. What they found was that known risk factors, such as blood pressure disorders, and people may be familiar with pre-eclampsia, asthma, C-sections or cesarean births, do not fully account for why the rates of severe maternal morbidity have increased in the United States.

Ms. Daly: What did you take away from that study?

Dr. Chinn: If those things do not fully account for the rates of severe maternal morbidity having increased in the U.S., and we can add to that maternal mortality, then what has? And think about what systemic factors are contributing—severe maternal morbidity increases and increases in maternal mortality rates and incidences. And when we move that to the systemic level, things that we can think about are hospital quality and are there differences in the quality of care and access to the quality care that women experience? Where you give birth matters; where you live matters. So, we talked about demography being how  being born, how you live and experience the world, and how you and when you die. And all 3 of those factors interplay with each other and feed into the life-course process and that is what we need to capture, measure and examine when we look at maternal mortality.

Ms. Daly: And so that leads me to another study that showed that African American women were 3 to 4 times more likely to die from pregnancy-related complications. What contributes to that increase?

Dr. Chinn: So, I believe what you're referring to is some work done in the state of Louisiana by researchers there that found that black women were 3 to 4 times more likely than White women to experience pregnancy related deaths and that work was for women in Louisiana, however that data was very consistent with national trends. That disparity is stark. What NICHD has done is we're funding Dr. Maeve Wallace, who is a researcher at Tulane University and her team and what doing is, they're looking at how factors, including income inequality, structural racism, and residential segregation, and I'd also like to add, we cannot emphasize enough how much residential segregation plays in the role of racial differences in disparities in health and health outcomes, and how we can look at those things and how they contribute to racial disparities in maternal mortality and possibly find ways in which we can intervene to reduce the disparity and prevent some of these very preventable deaths.

Ms. Daly: A recent study from the University of Maryland highlighted some of these problems. Can you give us a sense of the data collection issues?

Dr. Chinn: So, I believe what you're referring to is some work by Dr. Marian MacDorman at the University of Maryland at their population research center. So, that study actually found was that previously reported maternal mortality rates in the United States were actually under estimates and that the trend was actually much higher than it had been reported and that we were much further behind other industrialized nations than we expected. That information was a bit jarring for the U.S. and for the American people as a whole. I think many researchers had these inklings that this existed, but these, this study really put it out there and they put it in your face that 1, it's a data issue and 2, it's actually worse than what we thought. The Centers for Disease Control and Prevention and the National Center for Health Statistics, they work really hard to ensure data quality, as well as the states that feed the data into the vital records system. So, this is in no way a critique of our, our colleagues that are actually the boots on the ground for these data, but what happens is, if someone dies, they cannot self-report their situation and, so, a lot of times, death certificates are not as accurate, not just in this instance, but in general, as we would prefer them to be for many items that are collected on death certificates. But aside from that, back to maternal mortality, what we know is that there are quality issues. States know it and C.H.S. knows it. Again, that's why they have not produced an official statistic for the United States since 2007. So, how is research involved in that and what is NICHD's role? So, NICHD is working with MacDorman on a funded study where MacDorman and colleagues will look at improving the identification and classification of maternal deaths in the United States. It's very interesting. So, what they're doing is, they're going in and looking at the literal text, the actual text on the death certificates to understand who is being misclassified. Are there systemic patterns that exist in over-reporting or under-reporting and actually getting an accurate estimate of the U.S. maternal mortality rate? And then once they do that, they'll look at the maternal mortality patterns by socio-demographic variables or socio-demographic characteristics, meaning maybe, you know, education or race/ethnicity or age group and finding, 1, are there disparities that exist? Are there patterns? Are there trends that have changed over time? How are we estimating the trends, the incidences of maternal mortality and getting at this very accurate measure?

Ms. Daly: Where do you think the research needs to go?

Dr. Chinn: Research has illuminated all of these topics to us. While we are researching that, we have to remember that there is a woman behind those statistics and that when a woman is lost in the reproductive process, which is part of NICHD's mission to prevent, that there's also a family that is affected. We have to look at the physicians who treat the patients. We have to bring in epidemiologists and demographers that are looking at the details of the data and can let us know what the population trends are. We look at public health professionals that are communicating the ideas, the strategies to the population, as well as to the medical providers. We have doulas; we have midwives that are helping women have their voice in this process and it actually takes everyone working together instead of working in these silos as researchers to understand what is going on, why is it happening and what can we do to intervene and prevent. Mortality is something everyone will experience, and we will experience it one time. But when we experience it, how we experience it and where we experience it, is directly related to our social experience in the world. And why we do that differently when you see groups that experience it differently, when the life expectancy rates are different between Blacks and Whites in the United States, that disparity should not exist.

Ms. Daly: Well, thank you so much for joining us, for unfolding this all for us, explaining it to us. It's a complex and critical issue.

Thanks for listening to another episode of Milestones.