Release: More than one day of early-pregnancy bleeding linked to lower birthweight 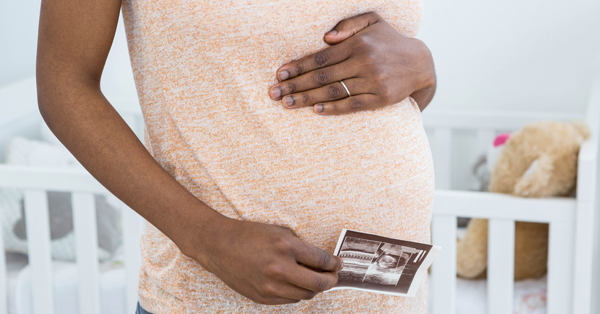 The study appears in Obstetrics & Gynecology and was conducted by researchers at the Eunice Kennedy Shriver National Institute of Child Health and Human Development (NICHD) and other U.S. research institutions.

The authors caution that the decrease in birthweight of infants born to women with vaginal bleeding was small. More studies are needed to determine if these infants are at risk for any additional health risks in infancy or later in life.

“The good news is that only one day of bleeding was not significantly associated with reduced growth,” said the study’s senior author, Katherine L. Grantz, M.D., an investigator in the NICHD Epidemiology Branch. “But our results suggest that even if bleeding stops before the second trimester, a pregnancy with more than one day of bleeding is at somewhat of a greater risk for a smaller baby.”

According to the study authors, first trimester vaginal bleeding occurs in 16 to 25 percent of pregnancies. Earlier studies on whether bleeding is associated with adverse pregnancy outcomes have been inconclusive. The researchers analyzed data from the NICHD Fetal Growth Study, which enrolled women ages 18 to 40 at 12 hospitals in the United States. The study used ultrasound to track fetal growth throughout pregnancy. Of the roughly 2,300 women in the analysis, 410 (17.8 percent) had bleeding in the first trimester. Of these, 176 bled for one day and 234 bled for more.

The researchers also analyzed birthweight outcomes in a secondary analysis limited to 2,116 women with birthweight data available. Compared to women with no bleeding, fetuses of women with more than one day of bleeding were 68 to 107 grams (approximately 2 to 4 ounces) lighter in weeks 35 to 39 of pregnancy. The average birth weight of these babies who were full-term was about 3 ounces lighter than infants born to women who did not bleed at all. Infants who were small for gestational age were delivered to 148 women in the non-bleeding group (8.5 percent), nine women in the one-day group (5.7 percent), and 33 women (15.7 percent) in the group that had more than a day of bleeding.

Dr. Grantz added that when ultrasound exams indicate that the fetus is small for gestational age, physicians typically increase the number of exams to monitor the pregnancy more closely.