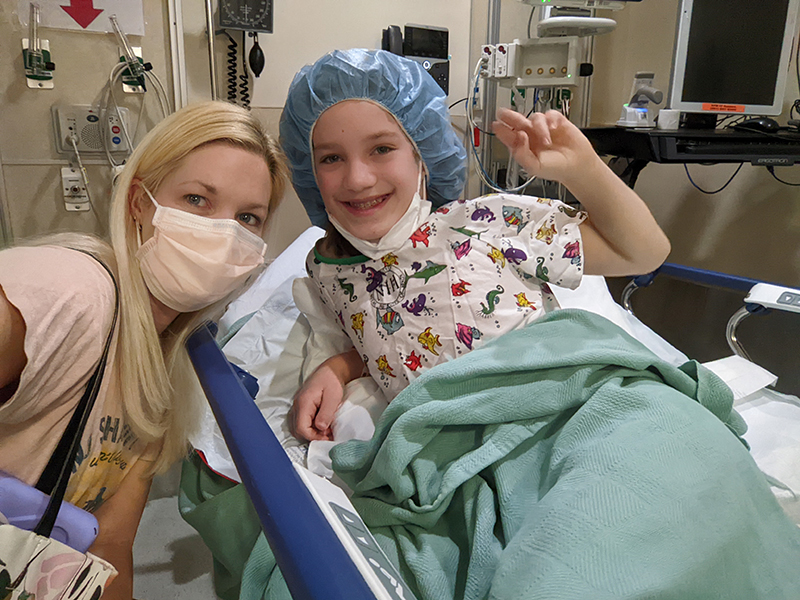 “She has always wanted to be a mother,” Andrew Horne says of his 10-year-old daughter Adeline, the oldest of his four children. Welcoming her three younger siblings and watching them grow excited Adeline about the prospect of one day starting her own family. But shortly before Adeline’s seventh birthday, the family learned that she has Turner syndrome, a genetic condition that often causes infertility.

Turner syndrome occurs when all or part of an X chromosome is missing from the cells in a female’s body. It can lead to a variety of medical and developmental problems, including primary ovarian insufficiency (POI). Girls with Turner syndrome are born with a normal number of ovarian follicles, but for reasons that are not yet understood, they lose them very rapidly. Only an estimated 2% to 7% of women with Turner syndrome can become pregnant without medical assistance.

So far, Adeline has experienced relatively few symptoms related to Turner syndrome, other than slow growth, for which she takes daily injections of growth hormone. “We have no idea if infertility is going to be an issue for her, but most likely it will be,” says her mother, Kimberly Horne. “She knows that there are other ways of having children, like adoption or foster care. But if there’s something we can do to help her one day have biological children, we want to do it.”

While browsing a Facebook group for parents of girls with Turner syndrome, Kimberly learned about a clinical study led by Veronica Gomez-Lobo, M.D., chief of NICHD’s Pediatric and Adolescent Gynecology (PAG) program. Dr. Gomez-Lobo’s team is evaluating a method called ovarian tissue cryopreservation (OTC) as a potential option to preserve fertility among young girls with Turner syndrome and other rare conditions that compromise ovarian function. The team also aims to determine the causes of ovarian problems in these girls.

First developed for women at risk of losing their fertility due to cancer treatments, OTC also has emerged as an option to preserve fertility in girls who are too young to undergo the hormonal stimulation needed for egg or embryo freezing. OTC involves surgically removing an ovary, freezing the follicle-containing tissue for long-term storage, and eventually transplanting the tissue back into the woman when she is ready to conceive. The method was considered experimental until 2019, when the American Society of Reproductive Medicine announced in a committee opinion on fertility preservation that OTC can be regarded as an established medical procedure.

However, questions remain about the long-term benefits and risks of OTC for young children, particularly those without cancer. The potential fertility benefits cannot be ascertained until a woman who underwent the procedure decides—years or decades later—to attempt to conceive. Many variables in the tissue freezing, thawing, and transplant processes may affect the success of conception. Additionally, little is known about the possible health effects of removing an ovary from a young girl with Turner syndrome or another rare disorder.

The NICHD study is enrolling girls ages 4 to 12 years with Turner syndrome or galactosemia, an inherited condition in which the body is unable to metabolize the simple sugar galactose. Even with early diagnosis and avoidance of galactose-containing foods, people with galactosemia can experience long-term complications, including POI in females. The study also is enrolling adolescents ages 13 to 21 years who went through puberty and began menstruating, but later experienced POI. 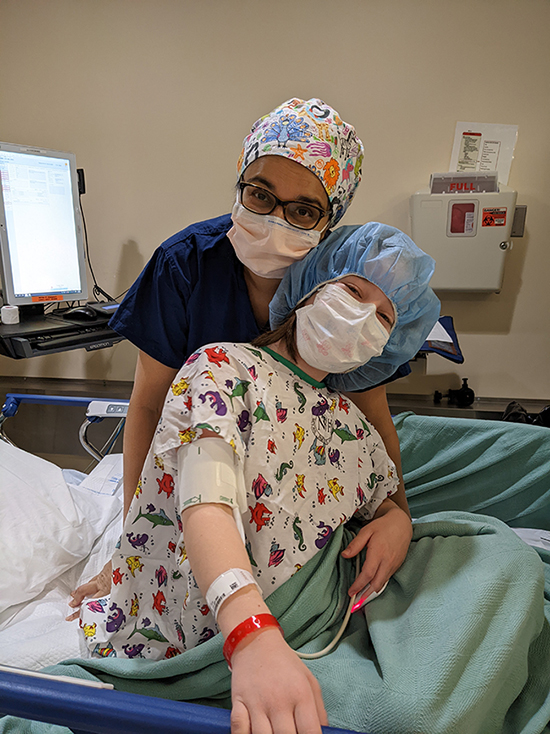 Study participants undergo minimally invasive surgery at the NIH Clinical Center in Bethesda, Maryland, to remove an ovary. About 80% of the follicle-containing ovarian tissue is stored for the participant’s future use, while the remaining 20% is allocated for research.

The researchers plan to analyze these tissue samples for clues as to why girls with Turner syndrome, galactosemia, or unexplained POI lose their ovarian follicles. They will compare ovarian tissue from study participants with tissues from deceased organ donors of similar ages and will look for differences between fresh, frozen, and thawed tissues. Determining the number and quality of follicles before freezing and after thawing will help evaluate the feasibility of OTC as a fertility preservation method for the study populations. Because the freezing and thawing processes themselves typically result in the loss of numerous follicles, the scientists also will examine potential techniques to prevent these losses and maximize follicle survival.

For Adeline and her family, the opportunity to help advance knowledge of Turner syndrome was a major motivation to participate in the study. Kimberly recalls Adeline telling her, “I want to help other girls like me, to see why this is happening to us.” After discussions with specialist physicians in their home state of West Virginia and phone calls with NICHD’s Tazim Dowlut-McElroy, M.D., they decided to enroll Adeline in the study. 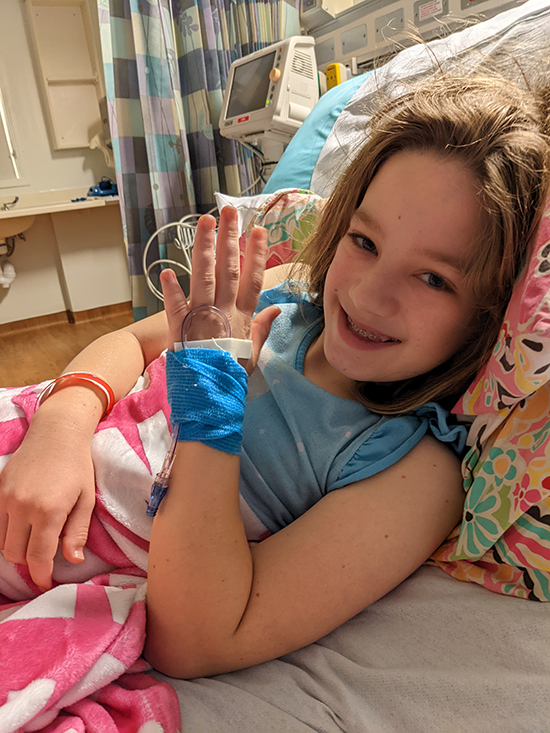 “The whole process was seamless,” says Kimberly. Because of the COVID-19 pandemic, initial visits were conducted over Zoom, and the family only had to travel to Maryland for the surgery itself. Kimberly recalls being particularly impressed with Dr. Dowlut-McElroy, who sat down with Adeline before the surgery and had her explain the procedure to make sure she knew exactly what would be happening.

Since the study began in September 2021, the NICHD team has performed OTC surgery on five girls, three with Turner syndrome and two with galactosemia. The researchers ultimately hope to enroll up to 100 girls. Following their surgery and post-operative care, participants will have follow-up phone calls with the study team every 1 to 2 years. Initial study results are expected in about 5 years.

“This is an ambitious, long-term project that leverages the expertise of the NICHD team and our collaborators in fertility preservation and ovarian tissue research,” says Dr. Gomez-Lobo. “We aim to help inform and optimize the clinical care of girls with Turner syndrome, galactosemia, and unexplained ovarian dysfunction, as well as fill in important gaps in scientific knowledge about these conditions.”

As for Adeline, she had her OTC surgery in March 2022. She recovered without complications and is back to her normal activities, like playing softball. No one knows what the future will hold for Adeline’s personal experiences of living with Turner syndrome, but one thing is certain: Her participation in clinical research will contribute to a better understanding of infertility caused by the condition. “She is a hero. She’s part of something huge now,” Kimberly says.