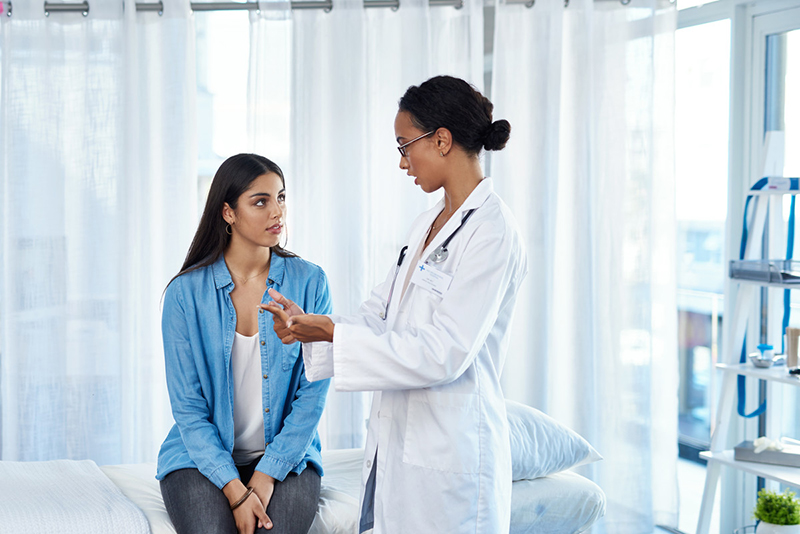 Magnetic hyperthermia—a procedure that uses heat to remove disease-causing tissues—may work as a treatment for endometriosis, according to a mouse study conducted by NIH-funded researchers. Endometriosis is a common gynecological condition that has no cure.

The work is supported by NIH’s Eunice Kennedy Shriver National Institute of Child Health and Human Development. The findings are published in the journal Small,and the team is led by Oleh Taratula, Ph.D., of Oregon State University, and Ov. D. Slayden, Ph.D., of Oregon Health & Science University.

Endometriosis occurs when tissue that is similar to the lining of the uterus grows in other places in the body. It frequently causes debilitating pain and infertility, and treatments include hormone therapy and surgery to remove the patches of endometriosis tissue. However, hormone therapy cannot be used by those desiring near-term fertility, and surgery comes with the risk of complications. In addition, new endometriosis tissue may grow again in the future, requiring multiple surgical procedures.

As a result, researchers are developing non-surgical approaches to remove endometriosis tissue. Their goal is to increase efficacy and ease of treatments while reducing the unwanted side effects of surgery.

In the new study, the team adapted an experimental therapy called nanoparticle-mediated magnetic hyperthermia, which is used to remove cancerous tissue. The team delivered the magnetic nanoparticles via intravenous injection, an improvement over current methods that require direct injection into tumors. These nanoparticles generate heat when exposed to an alternating magnetic field, which is created through a medical device. If the temperature reaches above 46 degrees Celsius, the tissue dies. Studies so far indicate that this method is well-tolerated in people and in animal models. However, it was never applied to endometriosis until now.

The study team developed hexagon-shaped magnetic nanoparticles, which can generate heat more efficiently than sphere-shaped particles and thus reach the desired high temperatures. The team also modified the surfaces of their nanoparticles with a peptide that targets a receptor (vascular endothelial growth factor receptor 2, also called KDR) that is found at high levels in endometriosis tissue.

Using a mouse model of endometriosis, the researchers showed that their nanoparticles can accumulate in endometriosis tissues. They also identified a timeframe, about five days after injection, when the nanoparticles are cleared from other organs, such as the liver and spleen. During this time, the researchers administered the alternating magnetic field and found they could safely remove all the endometriosis tissue within 20 minutes. The team also showed that the magnetic field can be applied locally, to one part of the body, to further ensure that other tissues are not affected. They also show that the nanoparticles are not toxic and are eliminated from the body. Overall, the technique appears safe and effective, but more work is needed before it can be used in people.

This study identifies a new experimental therapy for endometriosis that does not require surgery. While the findings are early-stage, they offer a potentially safe and efficient method to remove endometriosis tissue.