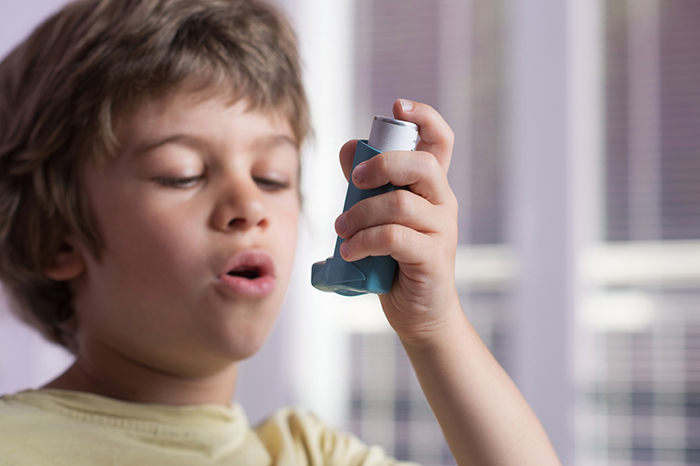 Birth by emergency cesarean delivery is associated with a higher risk for wheezing (a possible indication of asthma) and food allergy, suggests an analysis funded by the Eunice Kennedy Shriver National Institute of Child Health and Human Development (NICHD). Children who were breast fed after cesarean delivery did not have an indication of higher asthma risk but did have an elevated risk for food allergy.

No association was found for children delivered after planned cesarean section or for those delivered vaginally.

The study was conducted by Temilayo Adeyeye, Ph.D., of the New York State Department of Health; Edwina Yeung, Ph.D., of the NICHD Division of Intramural Population Health; Erin Bell, Ph.D., of the University at Albany; and colleagues. It appears in the American Journal of Epidemiology.

Previous research has found that allergies in children have increased over the last two decades. Some researchers have hypothesized that cesarean delivery may increase the risk of allergy because infants born by this method are not exposed to bacteria and other microorganisms in the birth canal. Exposure to these microorganisms is thought to influence the newborn’s immune system and protect against allergies. Other research suggests that breast feeding could also protect against allergies because breast milk also contains microbes thought to influence the infant’s immune system.

Researchers analyzed data from the Upstate KIDS Study. Their analysis included 1,356 infants delivered by emergency cesarean, 1,565 delivered by planned cesarean, and 2,832 delivered vaginally. Because asthma is difficult to diagnose in children younger than 5, mothers responded to questionnaires every 4 to 6 months until their children reached 36 months of age, indicating if their children had ever wheezed or wheezed in the previous 12 months. Described as a high-pitched whistling sound during breathing, wheezing results from narrowed breathing tubes in the lungs and is a symptom and potential indication of asthma. Women were also asked whether their children had been diagnosed with allergies, including those to nuts, peanuts, fish, cow’s milk, and other foods.

Children delivered by emergency cesarean were nearly 2.5 times more likely to have wheezed and more than 3 times more likely to have a food allergy, compared to children who were delivered vaginally or by planned cesarean. Children delivered by emergency cesarean, but who were breast-fed, did not have a higher risk for wheezing. However, breast feeding did not affect the risk for food allergies in this group.

The study results suggest that lack of exposure to microbes in the birth canal during labor may not have a strong role in the development of wheeze and food allergy, as some researchers have hypothesized. However, the findings indicate that infants delivered by emergency cesarean may be at a higher risk for food allergy and asthma.