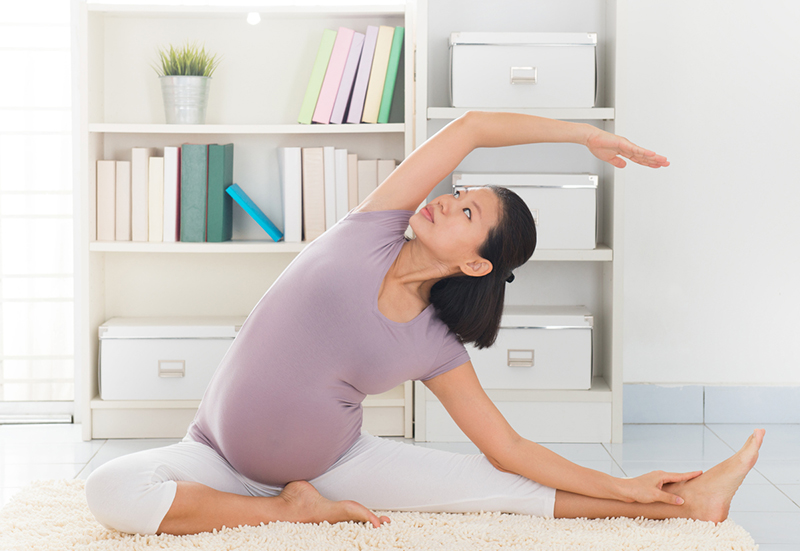 Exercise during pregnancy stimulates fetal production of brown fat, which boosts metabolism and burns calories, even after birth, suggests a mouse study funded by the National Institutes of Health. When fed a high-fat diet, mice born to mothers who exercised had less weight gain than mice whose mothers did not exercise. The study was led by Min Du, Ph.D., of Washington State University and was funded by NIH’s Eunice Kennedy Shriver National Institute of Child Health and Human Development. It appears in Science Advances.

Brown fat tissue burns energy by breaking down glucose and fat molecules to produce heat and maintain body temperature. White fat uses glucose and other molecules to store energy. Accumulation of too much white fat results in obesity and its accompanying risks for heart disease, high blood pressure, diabetes, and other health problems. Researchers have sought to increase production of brown fat to combat obesity.

To determine if exercise during pregnancy might play a role in preventing obesity in offspring of lean mothers, the study authors exercised lean pregnant mice on treadmills each day, then measured the weight and proportions of brown fat and white fat of their offspring.

The researchers also found that apelin administered to sedentary pregnant mice resulted in their offspring having a higher proportion of brown fat and less white fat than offspring of sedentary mice not treated with apelin. Mice born to the treated mothers also gained less weight while on a high-fat diet.

The findings suggest that exercise during pregnancy may help mothers protect their children against obesity. Moreover, the study suggests that apelin-like drugs could be tested as potential treatments for obesity. However, much more research is needed to confirm these results.