Science Update: Girls may comprise up to 90 percent of U.S. teens killed by an intimate partner, NICHD-funded analysis suggests

Deaths most commonly resulted after arguments over breakups, rejection, or jealousy 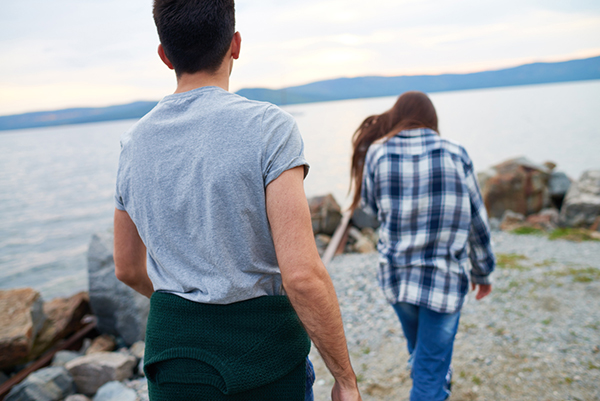 Girls comprised 90 percent of teens killed by an intimate partner, according to an analysis funded by the Eunice Kennedy Shriver National Institute of Child Health and Human Development of the National Institutes of Health.

The analysis was conducted by Avanti Adhia, ScD, at the University of Washington, Seattle, and colleagues and appears in JAMA Pediatrics.

A previous study conducted in18 states reported that 55 percent of all homicides of women from 2003 to 2014 were related to intimate partner violence. The authors note that while homicide is the third leading cause of death among adolescents, little research has been conducted on intimate partner homicide among U.S. adolescents. The authors added that adolescents may have difficulty controlling their behavior during a conflict, such as when a relationship ends. This is because they experience emotions intensely and haven’t learned to control them and may lack the skills to control their behavior during a conflict. The authors undertook the current study to learn the extent of intimate partner homicides among U.S. teens and the risk factors for it.

The researchers analyzed data from the National Violent Death Reporting System a data base of information from 32 states, including birth certificates and other vital records, medical examiner reports, and records from law enforcement agencies on violent deaths, including homicides and suicides. They identified an incident as an intimate partner homicide if the victim or perpetrator were listed on records as a spouse, ex-spouse, girlfriend or boyfriend, ex-girlfriend and ex-boyfriend.

A total of 94 perpetrators (62.7%) were the victims’ current intimate partners, and 40 (26.7%) were former intimate partners. Most victims were single, but 4 (2.7%) were married, in a civil union, or domestic partnership. For 90 deaths, firearms (61%) were most commonly involved, 57 of which (82.6%) involved handguns. In 24 cases, the perpetrator also died by suicide. Another 12 homicides (8%) were due to reckless firearm behavior—disregard for safe handling of firearm, when the perpetrator believed the gun was not loaded. Pregnancy-related homicides—when the perpetrator did not want to have a baby—were listed as the reason for 10 homicides (6.7%)

The researchers concluded that adolescent intimate partner homicides disproportionately affect girls, often in relation to a breakup or jealousy, and when the perpetrator has access to firearms. Programs seeking to reduce intimate partner violence should consider that these factors may increase adolescent risk of homicide.