Release: Most differences in DNA binding compounds found at birth in children conceived by IVF not seen in early childhood, NIH study finds 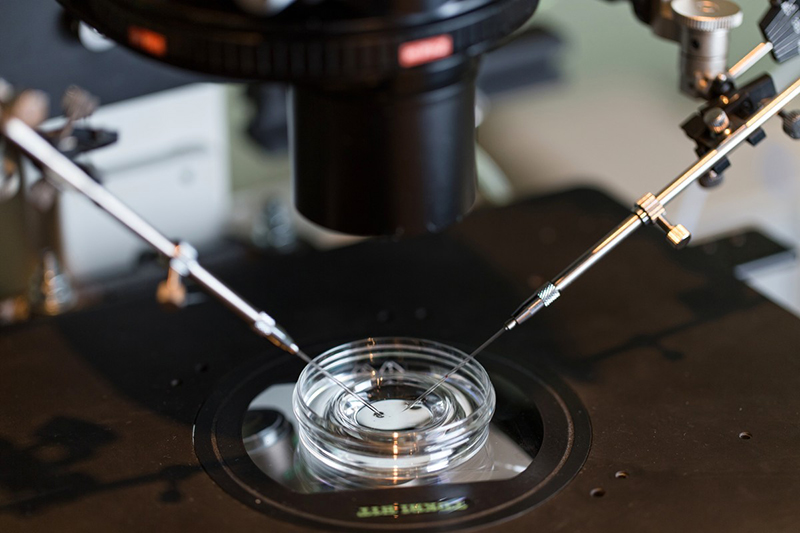 Compared to newborns conceived traditionally, newborns conceived through in vitro fertilization (IVF) are more likely to have certain chemical modifications to their DNA, according to a study by researchers at the National Institutes of Health. The changes involve DNA methylation—the binding of compounds known as methyl groups to DNA—which can alter gene activity. Only one of the modifications was seen by the time the children were 9 years old.

The study was conducted by Edwina Yeung, Ph.D., and colleagues in NIH’s Eunice Kennedy Shriver National Institute of Child Health and Human Development (NICHD). Previous studies by the research team found no differences in growth and development for this group.

“Our study found only small differences in DNA methylation at birth and these were not seen in early childhood,” Dr. Yeung said. “When considered along with our previous studies finding no differences in children’s growth and development, our current study should be reassuring to couples who have conceived with fertility treatments and to those considering these methods.”

Methylation changes were not associated with two other fertility treatments, ovulation induction (drug treatment to release the egg from the ovary) and intrauterine insemination (insertion of semen directly into the uterus).

According to a national report in 2018, almost 75,000 IVF-conceived infants (2.0% of all infants) were born in the United States. Of these, approximately 76% were conceived with ICSI. Another study found that 3 to 7% of births resulted from ovulation induction and intrauterine insemination.

When methyl groups are added to a gene, the gene is switched off and does not produce a protein. Methyl groups are added and removed from DNA throughout life, as genes are alternately switched on and off. Changes in methylation may occur in any step of IVF. These include exposure to hormones needed to bring the eggs to maturity so they can be collected or exposure to the culture medium in which the eggs are fertilized and embryos develop.

Previous studies have found associations between IVF and certain rare disorders. However, many of these studies were small and their results inconsistent. Also, many of the studies were conducted before ICSI was in widespread use.

For the current study, researchers evaluated data on DNA methylation differences in children beginning at birth and when they were 8 to 10 years old. The children were born in New York State from 2008 to 2010 and more than 70% of IVF birth were with ICSI.

Among the 152 children who provided DNA samples at 8 to 10 years old, 23 were conceived with IVF and 34 with ovulation induction or intrauterine insemination. For children conceived with IVF, lower methylation levels were seen for only one region, in the GNAS gene, which has been found in some previous studies but not others.

The study authors called for more research on how variations in fertility treatments could contribute to methylation differences in children, such as variations in the medium used to culture embryos.