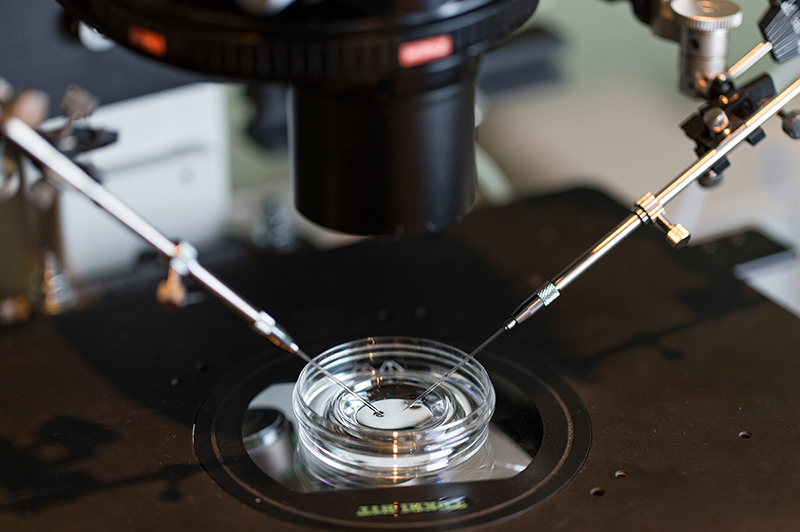 Infertility treatments with ovulation drugs or intrauterine insemination—in which sperm is placed directly into the uterus—are associated with a higher likelihood of preterm birth, suggests a study funded by the National Institutes of Health. The study of roughly 500 births to women who had difficulty conceiving also confirmed previous findings linking in vitro fertilization to a higher risk for preterm birth. The authors attributed the higher risk to an increased chance for multiple pregnancy (more than one fetus at a time), which is also known to increase preterm birth risk.

In vitro fertilization was associated with the greatest risk for preterm birth, followed by intrauterine insemination and ovulation drugs. The researchers concluded that their findings support encouraging couples to make an adequate attempt to conceive with a treatment conveying the least risk of preterm birth before moving on to a method with higher risk.

The study was conducted by Jessica N. Sanders, Ph.D., and colleagues at the University of Utah and appears in Reproductive Health. It was funded by NIH’s Eunice Kennedy Shriver National Institute of Child Health and Human Development.

Roughly 9% of couples worldwide have difficulty conceiving or maintaining a pregnancy. Researchers refer to couples who have tried to conceive for 12 months or longer without achieving a pregnancy as subfertile. Subfertility has a number of causes, including abnormalities in egg and sperm production, blockages in the reproductive tract preventing the movement of sperm or eggs or implantation of the embryo. Among 15 to 30% of subfertile couples, a cause of infertility cannot be identified.

Researchers compared questionnaire responses by subfertile women seen between 2000 and 2009 at two Utah fertility clinics to responses from subfertile women who had not had fertility treatment. The data from the cycle they conceived was linked to their offspring’s birth and death records.

Of 490 births, 19% were preterm. After the authors compensated for parental age and other factors known to influence preterm birth risk, women treated with ovulation-inducing drugs were 2.17 times as likely to deliver preterm as subfertile women who conceived naturally. Preterm births were 3.17 times more likely to occur in women treated with intrauterine insemination and 4.24 times more likely to occur with in vitro fertilization. Women who received fertility treatment were more likely to give birth to two or more infants. Among women who gave birth to single infants, the chances for preterm birth did not differ significantly between women receiving infertility treatment and those conceiving naturally. The researchers also found that having female factor infertility was associated with a nearly 3 times greater likelihood of preterm birth.

The authors concluded that, like pregnancies resulting from in vitro fertilization, pregnancies after ovulation induction and intrauterine insemination are more likely than pregnancies conceived naturally to result in preterm birth, primarily from an increase in the chances for multiple pregnancies.