Mutations may impair breathing while under stress, suggests NIH-supported study 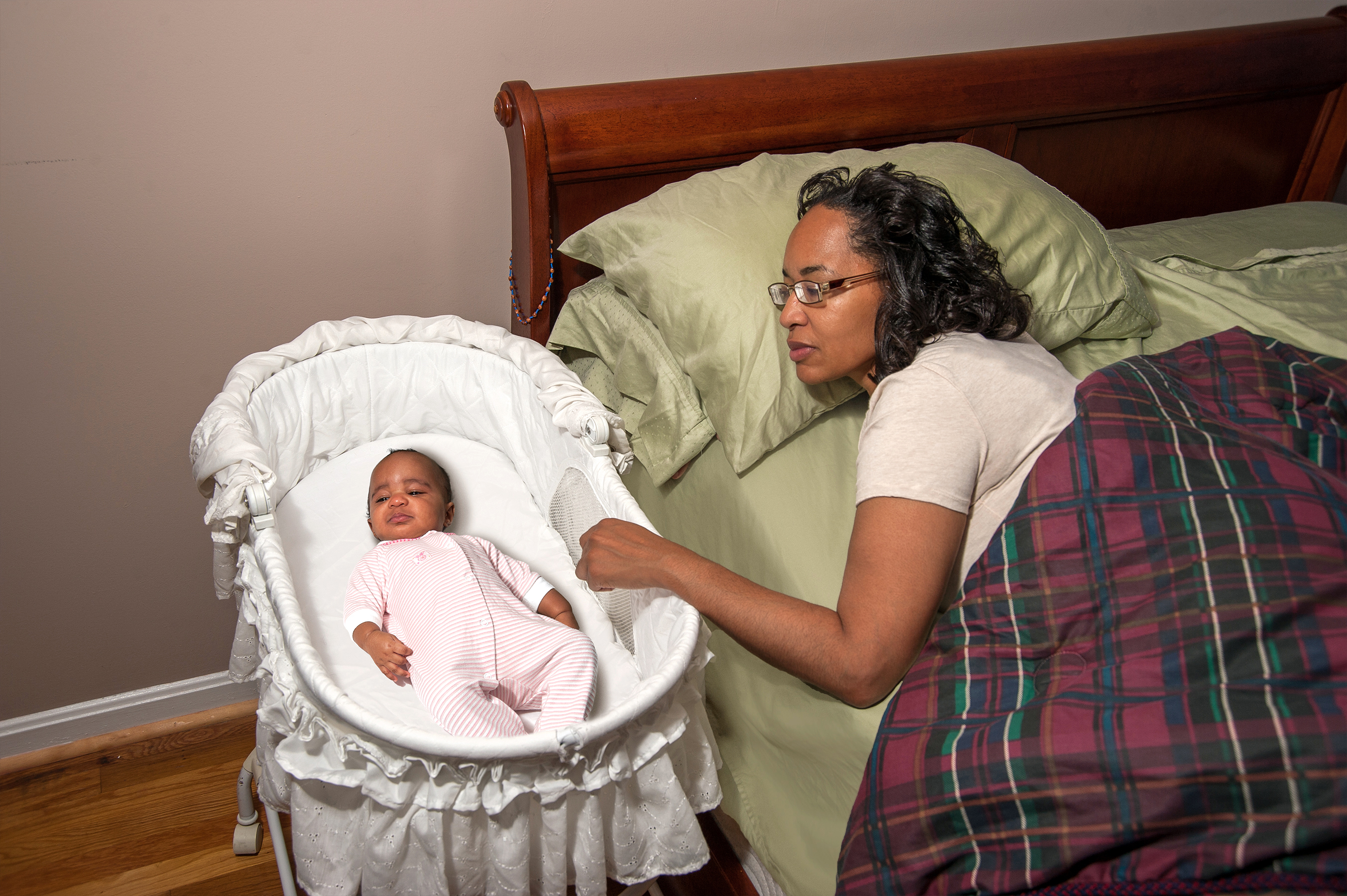 Genetic mutations that impair the muscles that control breathing may put infants at risk for sudden infant death syndrome, or SIDS, according to an NIH-supported study. SIDS is the leading cause of death among infants between 1 month and 1 year of age, but the causes are unknown. A study in the March 28, 2018, issue of The Lancet suggests that mutations in the gene SCN4A may play a role.

SIDS is the sudden, unexplained death of a baby younger than 1 year of age that does not have a known cause even after a complete investigation. Researchers refer to a triple-risk model to describe three overlapping conditions thought to contribute to SIDS deaths—a vulnerable infant, a critical developmental period, and an outside stressor(s).

Identifying factors that contribute to these conditions could potentially help parents and health care providers reduce the risk of SIDS. For instance, research advances have led to practice guidelines for health care providers and the public health campaign, Safe to Sleep®, which focuses on actions to reduce SIDS risk and other sleep-related causes of infant death, such as placing an infant on his or her back to sleep. However, a better understanding of genetic and developmental risk factors may offer ways to identify at-risk infants and ways to compensate for their underlying vulnerabilities.

In the current study, the authors explored whether genetic mutations in the gene SCN4A contribute to SIDS risk. This gene is important for breathing because it controls a sodium channel called NaV1.4, which allows respiratory muscles to function properly. Mutations that affect this channel are linked to several muscle disorders, some of which result in paralysis and life-threatening breathing problems.

The study team looked at genetic samples from 278 SIDS cases from the United Kingdom and the United States. All samples were from people of white European descent. Four of the 278 cases (1.4%) had an SCN4A mutation that disrupted the function of NaV1.4. In a control group of 729 adults, none (0%) had these types of disruptive mutations. The team also found that the mutations resulted in sodium channel defects similar to known SCN4A mutations that cause breathing and other health problems.

In addition to increasing SIDS risk, the authors suggest that defects in NaV1.4 also contribute to a second condition in the triple-risk model—a critical developmental period. NaV1.4 progressively increases after birth as another sodium channel decreases, and some types of muscle fibers in infants rely more heavily on sodium channels compared to muscle fibers in older children. The authors propose that these developmental changes may define a period when an infant’s respiratory muscles are particularly dependent on NaV1.4.

“The study identifies a promising genetic marker that may be associated with SIDS,” said Rosemary Higgins, M.D., a medical officer in the Eunice Kennedy Shriver National Institute of Child Health and Human Development (NICHD), which funded the work. “While more research is needed, genetic markers open up the possibility of screening newborns to help reduce their SIDS risk.”

The authors note that their findings need to be replicated for other ethnic groups, as SIDS risk can vary across populations. A long-term study that involves family members will also help uncover the influence of sodium channel mutations in SIDS risk. Furthermore, treatments for known sodium channel-related disorders could potentially reduce SIDS risk for siblings of infants who died of SIDS, but more research is needed.