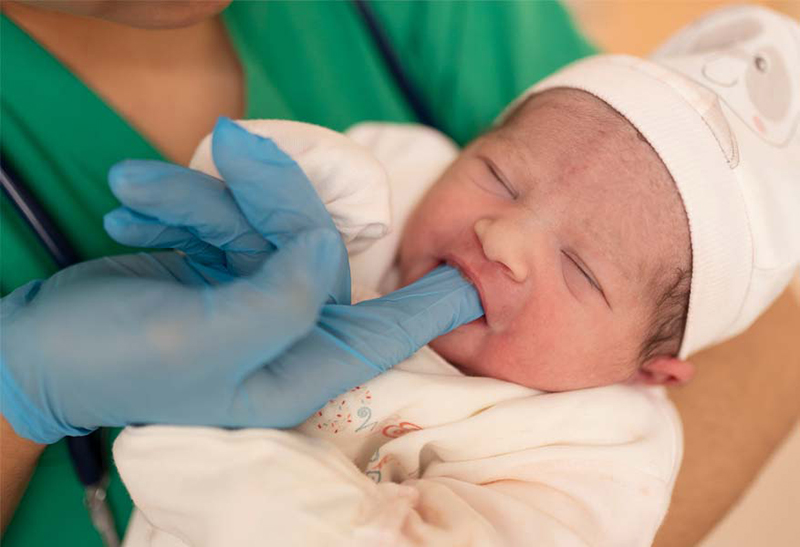 Treating newborns at risk for hypoglycemia (low blood sugar) with a preventive oral dose of the sugar dextrose does not appear to increase their overall risk for neurological or sensory impairment at age 2, suggests a study funded by the National Institutes of Health. However, compared to a similar group of at-risk infants treated with a placebo, children treated as infants had a slightly higher risk of motor delay and slightly lower scores on a test of cognitive, language, and motor skills. The authors concluded that the study may not have included enough participants to detect an increased risk for adverse effects. They urged caution in treating infants at risk for hypoglycemia preventively with dextrose gel and called for future evaluations of the study participants later in childhood.

The study was conducted by a team including Taygen Edwards, a doctoral candidate at the University of New Zealand, and colleagues. It appears in the Journal of the American Medical Association. Funding was provided by the NIH’s Eunice Kennedy Shriver National Institute of Child Health and Human Development.

If untreated, newborn hypoglycemia may lead to seizures and brain damage. Infants born preterm, born small or large for their gestational age, or born to mothers with gestational diabetes are at greatest risk. Even brief periods of newborn hypoglycemia are associated with neurological damage. Currently, at-risk infants are screened for hypoglycemia. If they test positive, they’re treated with increased feeding or with dextrose gel applied to the inside of the cheek to keep blood sugar from dropping too low.

Although hypoglycemia may sometimes go undetected, even hypoglycemia that is diagnosed and treated may increase the risk for neurological treatment. For this reason, researchers have proposed treating the estimated 30% of at-risk infants preventively with dextrose gel, before hypoglycemia is apparent. In addition to risks from hypoglycemia, high or unstable blood sugar levels after treatment have also been linked to neurological impairment.

Previous studies have found that treating at-risk infants with oral dextrose gel does not increase the risk of adverse health effects during the newborn period. However, it is not known whether any potential adverse effects from the preventive treatment will appear later in childhood.

For the current study, researchers evaluated 1,197 two-year-olds, originally assigned at random at 18 hospitals in Australia and New Zealand when they were term and preterm infants to receive either oral dextrose gel or a placebo within an hour after birth.

In addition, on a test scale of infant developmental skills, with 100 being an average score, scores were slightly lower for the dextrose group: 97.9 vs. 99.2 for cognitive ability, 97.5 vs. 99.6 for language ability, and 103.4 vs. 104.8 for motor performance. The authors noted that these components of the test, the Bayley Scales for Infant Development, version 3, have only modest predictive value for later cognitive and motor function.

The authors said that it’s possible the study did not contain enough participants to detect a small difference in risk between the groups. Based on their results, they urged caution in treating infants at risk for hypoglycemia with oral dextrose gel.

The authors recommended re-evaluating the children who took part in the study later in childhood to determine if there are any differences in adverse effects between the groups.