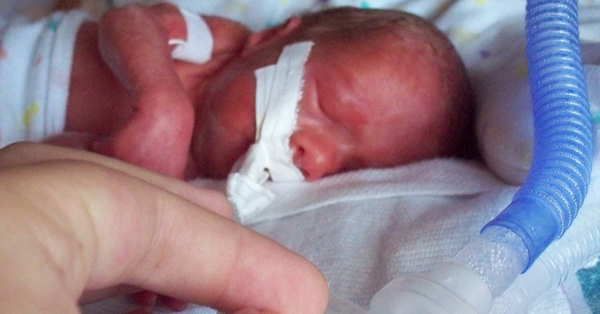 Diuretic therapy—commonly given to extremely preterm infants to help them overcome respiratory problems—appears to offer no benefit for this purpose, according to an analysis by researchers at the National Institutes of Health. Surprisingly, infants in the study who received diuretic therapy were more likely to require respiratory support, compared to extremely preterm infants with similar respiratory problems who did not receive the therapy. The study is published in The Journal of Pediatrics.

Diuretic medicines prompt the kidneys to make more urine. The therapy is commonly given to preterm infants to help drain fluid from the lungs, but there is little research evidence to support the practice.

“Prescribing patterns for diuretics vary among hospitals,” said Anne Zajicek, M.D., Pharm. D., the study’s senior author. Dr. Zajicek was at NICHD when the analysis was conducted and is now deputy director of the NIH Office of Clinical Research. “We set out to explore whether this therapy helps very premature infants, but we found that it may be ineffective, which was contrary to what we expected.”

The authors called for more research to better understand diuretic treatments. NICHD currently is funding a study looking at the effectiveness of furosemide, the most commonly used diuretic, for treating bronchopulmonary dysplasia, a lung condition affecting infants who have undergone ventilator therapy or oxygen therapy.

“The study reinforces growing concerns about the risk and possible benefits of diuretics, which are one of the most commonly prescribed classes of medications in the neonatal intensive care unit,” said Carol Blaisdell, M.D., the study’s principal investigator. Dr. Blaisdell was at NHLBI when the analysis was conducted and is now a senior program officer in the Environmental Influences and Child Health Outcome program within the NIH Office of the Director.

About the National Heart, Lung, and Blood Institute: Part of the National Institutes of Health, the National Heart, Lung, and Blood Institute (NHLBI) plans, conducts, and supports research related to the causes, prevention, diagnosis, and treatment of heart, blood vessel, lung, and blood diseases; and sleep disorders. The Institute also administers national health education programs on women and heart disease, healthy weight for children, and other topics. NHLBI press releases and other materials are available online at http://www.nhlbi.nih.gov.