“There’s a leaky pipeline in the sciences, where minorities and underrepresented groups miss out on STEM (Science, Technology, Engineering, and Mathematics) careers. Maybe they don’t see themselves in those fields or they encounter barriers that limit their opportunities,” said Kyla Roland, a trainee who joined NICHD last fall after graduating from Davidson College. “Regardless of why, I’m trying to change it. My goal is to earn my Ph.D. and eventually teach at a college or university. We need more mentorship at the college level, and I think that’s where I can make the biggest impact.”

Kyla is part of NICHD’s Developing Talent Scholars Program—an ongoing initiative in the Division of Intramural Research (DIR) that pairs trainees with mentors to provide two years of hands-on research experience, a customized academic and professional development plan, and other resources. The program supports career advancement and diversity in science by assisting students who are traditionally underrepresented in STEM fields, including minorities, people with disabilities, and people from disadvantaged backgrounds. 2021 marks the program’s 10-year anniversary. 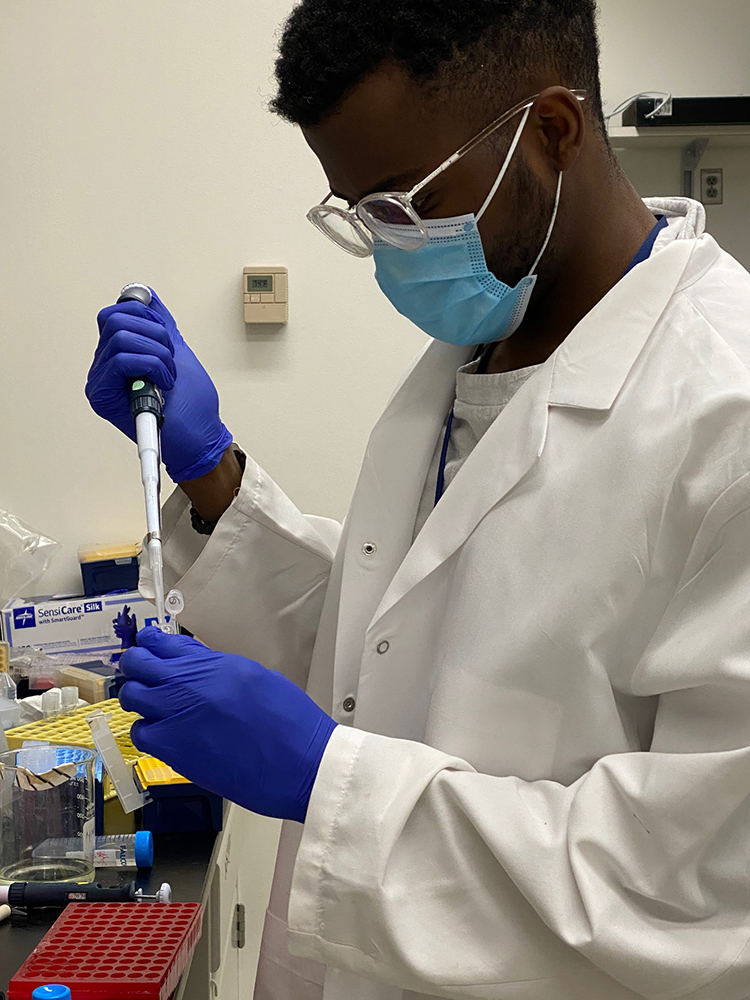 Jacob Olondo-Kuba is another scholar who joined NICHD last year. He graduated from the University of Maryland, College Park, despite struggling with homelessness during his time as an undergraduate. Though he received help from many different people over the years, he credits a university program called Fostering Terp Success

and its founder, Brian L. Watkins, M.Ed., for assisting him through that difficult time during his senior year.

When asked what advice they may have for younger trainees who are interested in STEM careers, both Kyla and Jacob had much insight to offer.

“You should try to get research experience as early as possible. I had exposure to NIH during college, when I interned at NICHD in Dr. Gisela Storz’s laboratory,” said Jacob. His experience in the NIH Summer Internship Program and the networking opportunities it opened helped bring Jacob back to NIH. He’s using this time to figure out if he wants to go to medical school or graduate school. “As a kid, I was always curious about how things worked. Biology intrigued me because cells are like miniscule cities. It’s fascinating how something so small can be so complex and organized,” he added.

Kyla credits her parents, both engineers, with sparking her early interest in science, math, and engineering. “The more I learned about biology, human systems, and genetics, the more I got interested in solving biological problems,” she explained. “In college, I took a course about HIV/AIDS that was taught by one of my advisors. It piqued my interest in research, and by my junior year I knew I wanted to focus on genetics and genomics,” she said. Kyla became interested in working at NIH after hearing about opportunities from one of her mentors at Davidson, A. Malcolm Campbell, Ph.D., and other alumni. 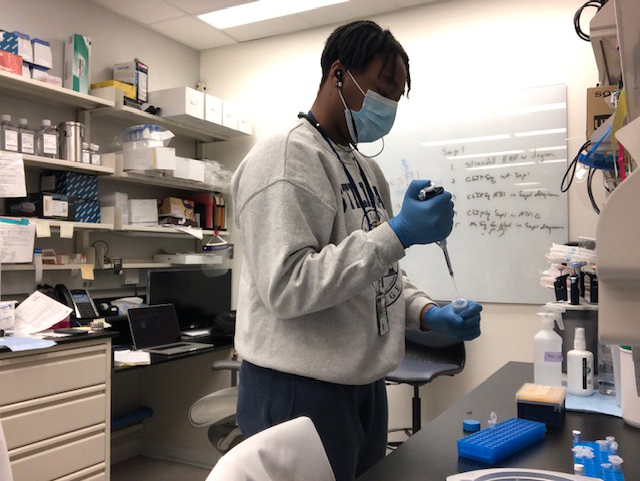 During her time at Davidson, Kyla was also an NCAA women’s basketball player and sees many parallels between success as an athlete and as a scientist. “You need to learn how to problem solve and work with other people,” she said. “We also won and lost a lot of games. So a ‘no’ or a failure does not mean the end of things. You need to persevere. But if something isn’t working, you also need to learn when to stop and try something different,” she said.

Jacob and Kyla are currently busy working on independent research projects with the guidance of their mentors. Kyla works in the laboratory of Henry Levin, Ph.D., where she studies how transposable elements regulate the stress response in yeast. Jacob works in the laboratory of Matthias Machner, Ph.D., where he explores host-pathogen interactions between bacteria and amoebae. Jacob and Kyla are part of the 2020 cohort of 'Developing Talent' scholars, along with Rachel Dansereau and Esther Kwarteng. Amid all that is happening globally and in the United States, Kyla shared, “There’s a culture of stress in research, but you need to prioritize your mental and physical health. The research will always be there.”

NICHD’s intramural research program also offers the Fellows Recruitment Incentive Award (FRIA) program to promote diversity among postdoctoral researchers. This one-year program encourages principal investigators to recruit a diverse group of early-stage scientists. Importantly, the awards are given to investigators who exhibit superior mentoring ability and demonstrate a commitment to the career development and academic progress of their fellows. Aisha Burton, Ph.D.,

NICHD’s current FRIA fellow, works in the lab of Dr. Storz. Six postdoctoral fellows have participated in the FRIA program since its launch in 2013.

“Science is enriched when we bring in new and diverse points of view at all levels,” said Mary Dasso, Ph.D., acting director of NICHD’s DIR. “We want to lead by example by building equity into all aspects of our institute. Incorporating and celebrating different perspectives and backgrounds not only creates a more welcoming environment, but also gives a much broader value to our science by allowing us to approach questions from multiple angles.”