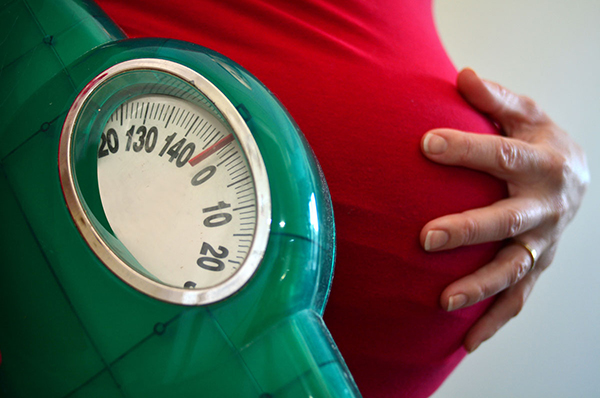 Excessive weight gain during pregnancy could permanently slow metabolism and lead to weight gain in later life, according to the results of a mouse study funded by the National Institutes of Health.

Mice fed a high-fat diet during pregnancy gained weight but lost it soon after giving birth and resuming a normal diet. Months later, however, the animals began gaining weight, ultimately gaining twice as much weight as a comparable group of mice fed a lower calorie diet during pregnancy.

The study was led by Jianhua Shao, Ph.D., of the University of California San Diego and appears in the International Journal of Obesity. Funding for the study was provided by NIH’s Eunice Kennedy Shriver National Institute of Child Health and Human Development, National Institute of Diabetes and Digestive and Kidney Diseases, and National Center for Advancing Translational Sciences.

The researchers found that, while the blood of both groups of mice contained comparable levels of estrogen, the fat cells of the mice that received the high-fat diet were less able to use estrogen, indicating slower metabolism. The high-fat mice also had brown fat that used less energy than the brown fat in the mice fed a normal diet. Unlike white fat, which stores energy for later use, brown fat burns energy to produce heat.