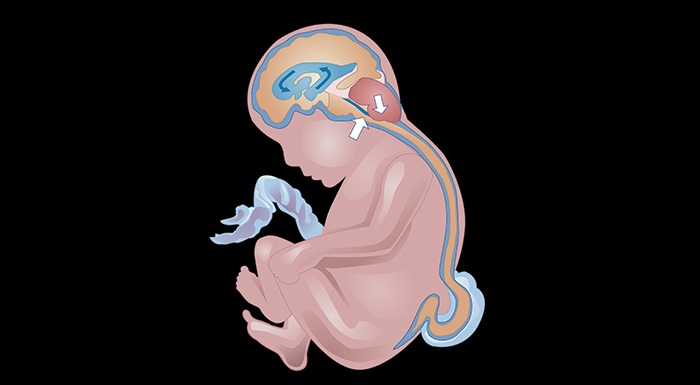 Side view of a fetus with a myelomeningocele protrusion in the lower spine.
Credit: NICHD

Children as young as 6 years old who underwent fetal surgery to repair a common birth defect of the spine are more likely to walk independently and have fewer follow-up surgeries, compared to those who had traditional corrective surgery after birth, according to researchers funded by the National Institutes of Health. Their study appears in Pediatrics.

In 2011, the Management of Myelomeningocele study, funded by NIH’s Eunice Kennedy Shriver National Institute of Child Health and Human Development (NICHD), found that by 12 months of age, children who had fetal surgery required fewer surgical procedures to divert, or shunt, fluid away from the brain. By 30 months, the fetal surgery group was more likely to walk without crutches or other devices.

The two groups did not differ significantly in a test measuring communication ability, daily living skills, and social interaction skills.

The study was conducted by Amy Houtrow, M.D., Ph.D., of the University of Pittsburgh, and colleagues.