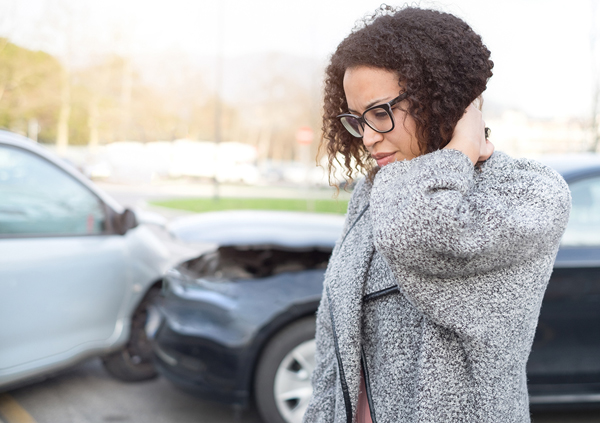 Women and girls with a concussion are more likely than males to have a neck injury, according to an analysis of emergency department visits funded by the Eunice Kennedy Shriver National Institute of Child Health and Human Development. The finding suggests that physicians evaluating females for concussion should also consider evaluating them for neck injury so that they can benefit from treatment as soon as possible.

The study was led by Angela Colantonio, Ph.D., of the University of Toronto. It appears in the Journal of Women’s Health.

Concussion is a mild form of traumatic brain injury, which occurs after a blow to the head. Concussions comprise about 75 percent of the roughly 3.5 million new traumatic brain injuries that occur in the United States each year, the study authors wrote. Because impact to the head may also affect the neck, concussion and neck injury commonly occur together. Whiplash—neck injury resulting from impact that causes the head to jerk forward or back—shares many symptoms with concussion, including headache, dizziness, memory loss, and impaired concentration and therefore might be missed when a patient is evaluated for concussion.

Researchers reviewed emergency department records of all patients with a concussion in Ontario, Canada, from 2002 to 2012. Patients with more severe forms of traumatic brain injury were not included in the study. In addition to examining records from concussions resulting from all causes, they looked at concussions sustained from motor vehicle crashes and sports.

Because neck injuries occurring with concussion have been linked to persistent post-concussion symptoms, physicians evaluating concussion patients, particularly female ones, may want to consider the possibility that they also have a neck injury, the study authors wrote.

The researchers noted that their findings suggest additional research is needed on how to prevent head and neck injuries, particularly in women and girls.