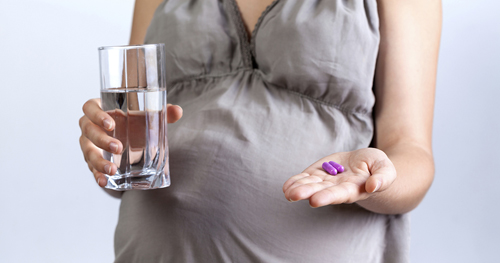 Children born to women who took either folic acid or a daily multivitamin before or during pregnancy were less likely to have a child diagnosed with an autism spectrum disorder, compared to children whose mothers did not take any prenatal vitamins, according to researchers funded in part by the National Institutes of Health.

The findings are the latest in a body of research suggesting that folic acid and multivitamins before and during pregnancy may reduce autism risk.

The study, appearing in JAMA Psychiatry, was led by Stephen Z. Levine of the University of Haifa in Israel and included researchers in the United States, Canada, and Sweden. NIH funding was provided by the Eunice Kennedy Shriver National Institute of Child Health and Human Development and the National Institute of Mental Health.

Autism spectrum disorder is a neurological and developmental disorder that begins early in life and affects how a person behaves, communicates, and learns. Previous research has suggested that children born to mothers with vitamin D deficiency were at higher risk for autism spectrum disorder and intellectual disability. Similarly, lack of the B vitamin folic acid around the time of conception has been shown to increase a woman’s risk for having a child with a neural tube defect, a class of birth defects affecting the brain and spinal cord.

The U.S Centers for Disease Control and Prevention recommend that all women of childbearing age take a daily supplement containing 400 micrograms of folic acid to reduce their risk of conceiving a child with a neural tube defect. In addition, many U.S. physicians recommend their patients take a multivitamin supplement in the weeks before conception and during pregnancy.

In the current study, the researchers examined the medical records of over 45,000 Israeli children born from 2003 to 2007 to determine who had been diagnosed with an autism spectrum disorder. They then checked to see if there were any links between the autism diagnoses and maternal vitamin use before and during pregnancy.

The researchers noted that their study was not designed to prove cause and effect, so they cannot prove that supplements taken before or during pregnancy will reduce the chances a woman will have a child with an autism spectrum disorder.

Dr. Levine stressed that the study findings were not a guarantee that a woman can prevent her child from developing an autism spectrum disorder by taking vitamins.

“A mothers should never be blamed or stigmatized for a child’s autism spectrum disorder,” Dr. Levine said. “Autism varies greatly and likely has multiple genetic and environmental causes.”

The researchers concluded that, when making recommendations for pregnant women, public health officials may want to take into account the possibility that prenatal vitamin supplements could possibly reduce a woman’s risk of having a child with autism.

Levine SZ, et al. Association of maternal use of folic acid and multivitamin supplements in the Periods Before and During Pregnancy with the Risk of Autism Spectrum Disorder in Offspring. JAMA Psychiatry. doi:10.1001/jamapsychiatry.2017.4050.