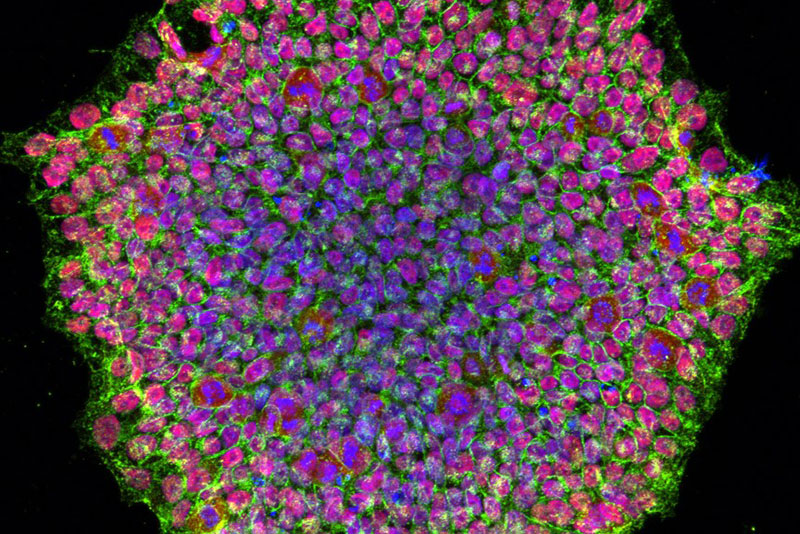 Cellular metabolism helps govern the speed of embryonic development, according to a study funded by the National Institutes of Health. Insights from the work help explain why different animal species develop at distinct rates. The findings also suggest the potential to manipulate developmental rates at the cellular level, which may have applications ranging from stem-cell-based therapies to cancer treatments.

Although mammals undergo the same overall sequence of events during embryonic development, different species do so at markedly different speeds. While a mouse has an average gestation of about 20 days, an African elephant remains pregnant for almost two years. In general, large animals tend to develop more slowly and live longer than small species, but the factors that determine species-specific developmental rates are poorly understood. Prior studies have suggested that the rates of certain biochemical reactions—including those governing production and degradation of proteins in the cell—are accelerated in fast-developing species. However, the cause of these differences remains unknown.

For the current study, the scientists developed a cell-based model that replicates the two-fold difference in the developmental rates of early mouse and human embryos. They coaxed mouse and human pluripotent stem cells into cells of the presomitic mesoderm (PSM), a type of embryonic tissue from which the structures that give rise to the vertebrae, ribs, and skeletal muscles form. These structures, called somites, grow sequentially in a process governed by a cellular “segmentation clock.” By periodically activating and deactivating certain genes, this clock sets the tempo for somite formation and serves as a way to assess the speed of embryonic development.

They next evaluated which aspect of metabolism is involved in regulating developmental rate. Partially blocking the mitochondrial electron transport chain, which produces energy to power the cell, slowed down the segmentation clock by lowering the ratio of NAD+ to NADH—two forms of a molecule central to cellular metabolism. Ultimately, this reduced the rate of protein synthesis in the cell. On the other hand, when the scientists manipulated human PSM cells to increase the NAD+/NADH ratio, the rate of protein synthesis increased, and the segmentation clock accelerated.

The findings provide a starting point for developing strategies to manipulate the developmental rate, which opens multiple possibilities for research and medicine. Accelerating the rate of development would allow researchers to more quickly create stem-cell-based models of disease and cell-based therapies. Strategies to slow the developmental rate of fast-growing tumor cells may hold promise as cancer therapies. Such strategies may also hold potential for treating aging-related diseases and processes, many of which are influenced by NAD+ levels.