Understanding How Physical Activity During Pregnancy Impacts the Placenta 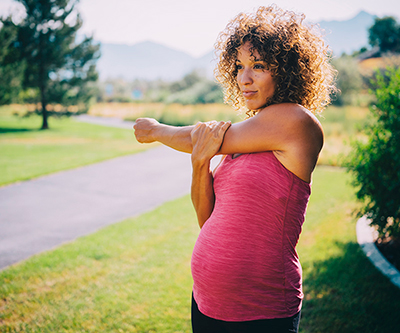 Maternal physical activity during pregnancy can benefit childhood health, but the mechanisms remain unclear. Emerging data suggest a role for placental epigenetics—heritable changes in DNA that do not involve alterations to the underlying sequence.

Read about work from the Epidemiology Branch suggesting that physical activity both before and during pregnancy is associated with several epigenetic changes in placenta. 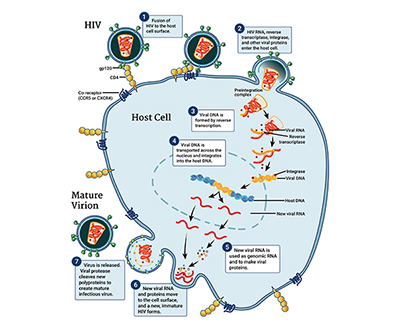 When HIV infects a cell, it inserts its genetic material into the host genome, a process known to rely on the viral enzyme integrase. However, HIV and other retroviruses retain some insertion activity even in the absence of integrase. Understanding how this happens can help inform HIV treatment strategies, which now incorporate integrase-blocking drugs.

Read about work from the Levin Lab using a yeast model to understand how viral DNA can be incorporated into the host genome in the absence of integrase. 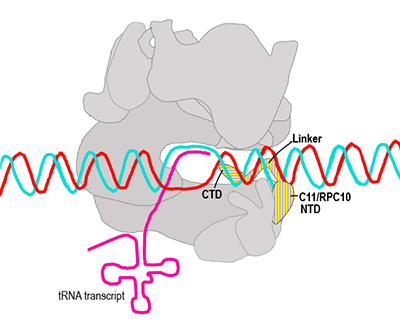 The multisubunit nuclear RNA polymerase III (Pol III) specializes in transcribing genes that encode transfer RNAs and other non-coding RNAs. Distinct from this function, cytoplasmic Pol III plays a critical role in antiviral immunity. Scientists are studying Pol III to understand how its components work to contribute to its cellular functions.

Read about recent advances from the Maraia Lab and others in understanding roles of the small but critical Pol III subunit C11/RPC10. 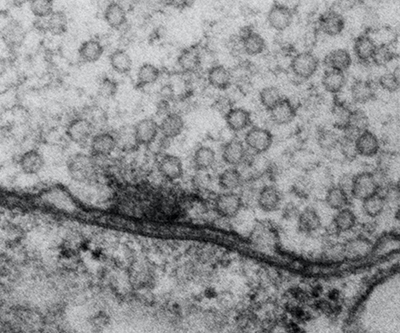 Transmission of chemical signals through synapses is essential for information processing in the nervous system. Synapses develop and mature via tightly regulated processes that are closely linked to synaptic activity, but the mechanisms by which neurons sense synapse activity are poorly understood.

Read about work from the Serpe Lab that uncovered how signaling by bone morphogenetic proteins fine-tunes the assembly of synapses and optimizes their function. 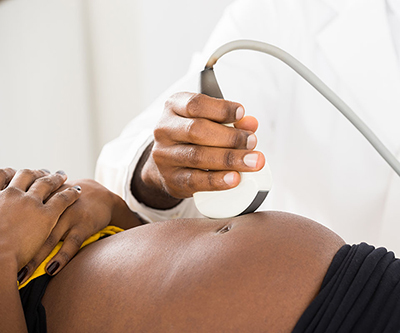 Preterm birth is the most common cause of infant death and a leading cause of long-term disability. Identifying pregnant people at risk for preterm delivery is essential for developing safe and effective preventive strategies.

Read about work from the Pregnancy Research Branch to improve prediction of imminent delivery among women considered at risk of delivering preterm due to a sonographic short cervix. 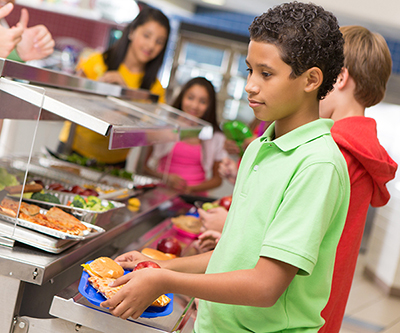 Some studies estimate that nearly a quarter of American children and adolescents experience “loss-of-control eating,” meaning they feel a lack of control over what they are eating, regardless of how much food is consumed.

Read about work from the Yanovski Lab that challenges a long-held theory about what influences the development of this condition. 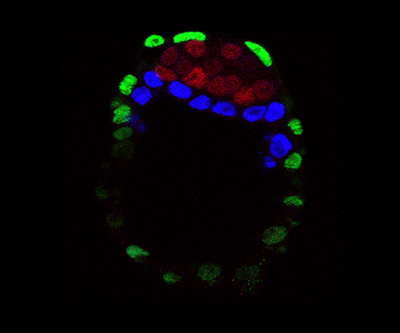 During embryonic development, a wide variety of cells, tissues, and organs originate from a handful of progenitor cells. These progenitor cells undergo precise programming to become a specific cell type—a process that is often called a cell fate decision.

Read about work from the Rocha Lab on a how early cell fate decisions are influenced by transcription factors called NANOG and GATA6.

Evaluating the Effects of Ultra-processed Food During Pregnancy 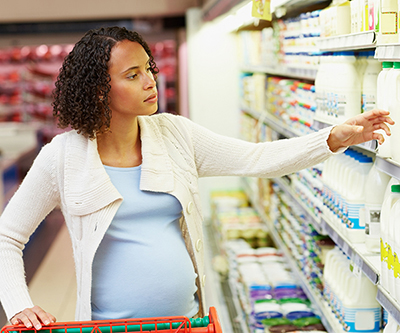 Ultra-processed foods are linked to obesity, as well as heart and metabolic diseases. However, few studies have evaluated their effects on pregnant people, including how ultra-processed food influences blood pressure, weight gain, and gestational diabetes.

Read about work from the Division of Population Health Research on the effects of ultra-processed food during the first trimester of pregnancy.

Determining How DNA is Remodeled for Transcription 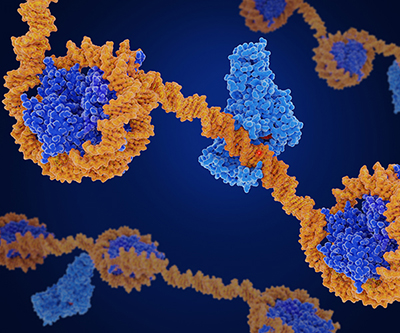 Transcription refers to the process in which instructions in DNA are converted to messenger RNA, which can leave the cell’s nucleus to direct synthesis of its encoded protein. While scientists know the general steps and key factors involved in the initiation of transcription, there is still much to learn about how this process is coordinated.

Read about work from the Hinnebusch Lab on three chromatin remodelers—SWI/SNF, RSC, and Ino80C—and their roles in transcription initiation.

Mapping Early Neurodevelopment in the Forebrain 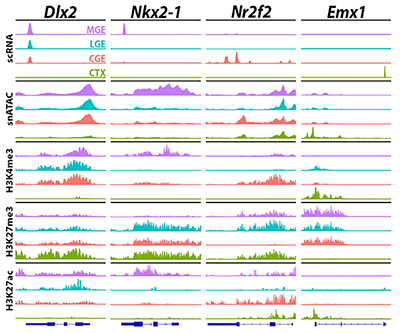 Read about work from the Petros and Rocha Labs on a new resource that maps the chromatin landscape responsible for neuronal fate decisions in the embryonic forebrain.