The NIH NeuroBioBank: Addressing the Urgent Need for Brain Donation 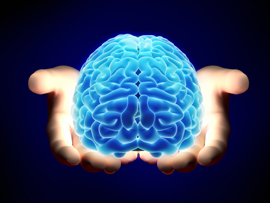 When unraveling the complexities of neurological, neurodevelopmental, and neuropsychiatric disorders, there is no substitute for studying human brain tissue. Brain donation is critically important, now more than ever. The more brain tissue available for research, the faster science can advance toward a better understanding of how to prevent, diagnose, treat, and cure disorders of the human brain. The NIH NeuroBioBank is a central resource to coordinate brain donation and the distribution of tissue to qualified researchers. These efforts depend on the availability of post-mortem brain tissue. Yet, relative to donations of other organs for transplantation and research, brain donation is severely lagging, both from healthy people, from people with brain disease, and especially from children. Through partnerships with not-for-profit organizations like the Brain Donor Project

, NIH aims to raise awareness about the importance of post-mortem brain donation and to simplify the process of becoming a donor. 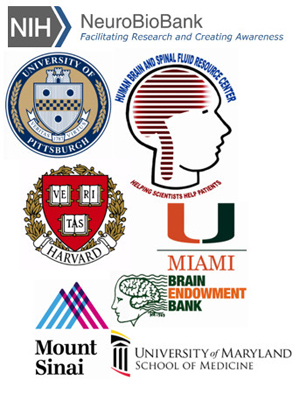 In the past, brain tissue repositories funded by U.S. federal, private, and nonprofit institutions have been primarily disease-focused and somewhat limited in their distribution of tissues. In 2013, three NIH institutes came together to build a network of biorepositories to collect and distribute brain tissue to investigators across the country for research on a variety of brain disorders. The NIH NeuroBioBank was launched with support from the National Institute of Mental Health (NIMH), National Institute of Neurological Disorders and Stroke (NINDS), and the Eunice Kennedy Shriver National Institute of Child Health and Human Development (NICHD). The major goals of the NeuroBioBank are to enhance the distribution of high-quality, well-characterized human post-mortem brain tissue to investigators and to increase awareness of the value of brain donation among the public. The NeuroBioBank provides access to the collections of six partner sites, as well as additional resources to facilitate research studies, including donor medical records and clinical data sets (when available) and tissue quality metrics. Each NeuroBioBank site collects approximately 100 brains per year, offering researchers access to specimens across a broad range of diseases, and since 2014, the NeuroBioBank has fulfilled more than 450 requests for tissue for research.

Each donated brain is a precious resource, with the potential to provide tissue to hundreds of investigators. At the same time, each donated brain is ultimately non-renewable, and more are needed to keep pace with opportunities for new studies. Indeed, there are several disorders, including Parkinson’s disease, traumatic brain injury, chronic traumatic encephalopathy, myalgic encephalopathy/chronic fatigue syndrome, autism, and Down syndrome, for which there are vastly inadequate resources to meet the research demand. Access to brain tissue from healthy donors of all ages also remains a challenge, both for studies of normal brain structure and function and for use as controls in disease-focused research, where the ability to compare tissues from people with and without a disease is critically important. 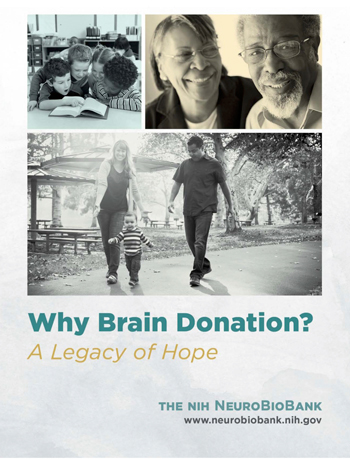 Today, powerful new technologies allow researchers to examine molecular and micro-structural changes in psychiatric, neuro-developmental, and neuro-degenerative disorders that were previously undetectable, offering tremendous opportunities for research using human brain tissue. A study from Christopher Walsh’s laboratory at Harvard Medical School sequenced the full genome of individual neurons from postmortem brains and uncovered remarkable genetic variation from cell to cell. Neurons last for decades, and as their genes are repeatedly transcribed over time, they acquire changes called somatic mutations. Moreover, genes important for neuronal development and function appear to be most vulnerable to mutation. These findings have helped to propel further investigations to understand the impact of somatic mutations in human brain development, function, and disease. In other examples, scientists have used postmortem brain tissue to understand a  genetic risk factor for schizophrenia and to show that military members exposed to blast injury exhibit a distinct pattern of scarring that could account the typical neuropsychiatric symptoms of traumatic brain injury and post-traumatic stress disorder. Other studies have demonstrated differences in the development of cells important for the formation of white matter in Down syndrome

, and have implicated brain structures such as the anterior cingulate cortex in autism spectrum disorders.

The prevalence of neurological, neuropsychiatric, and neurodevelopmental disorders continues to rise worldwide. These disorders can take a terrible toll on the quality and length of life for affected people and their families, but wide knowledge gaps continue to stand in the way of effective treatments. Research using human brain tissue has the potential to identify new disease pathways and targets for therapeutic intervention. To be successful, such studies will require large numbers of high-quality, well-characterized brain samples and associated clinical data from donors. If even 1% of Americans with and without brain disorders would donate their brains to research after death, this would revolutionize progress toward diagnosing, preventing, and curing brain disease as we know it.

To learn more about brain tissue donation and how to become a donor, please visit the NeuroBioBank website.