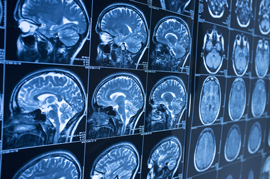 Children from low income environments appear to have a higher risk of neurological impairment than those from more economically secure circumstances, according to researchers at the National Institutes of Health and other institutions. This neurological impairment appears to be distinct from the risk of cognitive and emotional delays known to accompany early-life poverty.

In most cases, the level of neurological impairment the researchers found would not be apparent to a casual observer. That level could, however, increase, the risk for childhood learning difficulties, attention deficit disorders and psychological conditions such as anxiety disorders and schizophrenia.

“The size of the effect we saw was modest,” said the study’s senior author, Stephen Gilman, Sc.D., acting chief of the Health Behavior Branch at NIH’s Eunice Kennedy Shriver National Institute of Child Health and Human Development (NICHD). “However, the findings do indicate that an impoverished environment may pose a hazard for a child’s developing nervous system.”

The CPP enrolled pregnant women from 1959 through 1966, obtaining health information on more than 50,000 pregnancies and the children resulting from them. Children in the study received comprehensive neurological examinations at birth, 4 months, 1 year and 7 years of age. The physicians performing the examinations looked for obvious deformities, abnormalities in posture, motor skills, response to skin stimulation and muscle strength. The children also received evaluations of the autonomic nervous system—the part of the nervous system governing functions not under conscious control, such as breathing, heartbeat and digestion.

Based on interviews at the start of the study, the researchers classified the parents into three groups: those having a low, medium, or high likelihood of socioeconomic disadvantage based on such factors as educational level, income relative to the U.S. poverty level, occupation, employment status, and whether there were two parents living in the home.

When the researchers factored in the likelihood for pregnancy and birth complications—more common among women in poverty—they found little difference in neurological impairment at birth between the children, despite their parents’ socioeconomic disadvantage.

Although there have been advances in the techniques used to diagnose neurological impairment in the years since the data were collected, the study authors said that the diagnostic approaches used in the study are still effective for detecting neurological problems. Studies indicate that people living in poverty are at higher risk for substance abuse, anxiety, depression, and child abuse, and the authors theorize that these factors could explain the higher rates of neurological impairment their study found for children raised in impoverished environments.