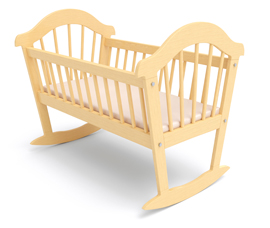 The recommendation to delay delivery of otherwise healthy infants until at least the 39th week of pregnancy does not appear to have increased stillbirths in the United States, according to a study by researchers at the National Institutes of Health and other institutions. These findings contradict an earlier study that raised the concern that waiting until 39 weeks could lead to more stillbirths.

Research has shown that foregoing delivery before 39 weeks, either by induced labor or via cesarean, when there is no medical reason to deliver early lowers the chances of newborn illness and death. Yet one study linked a policy in a large hospital group of avoiding such optional, or elective, deliveries before 39 weeks to an increase in stillbirths in its patients.

Now, after analyzing national infant birth and death statistics over several years, NIH researchers have concluded that efforts to prevent elective deliveries are not linked to an increase in stillbirth on a national level.

“The bottom line is that waiting until the 39th week to deliver a baby—provided there is no medical need to deliver before then—is still a good idea,” said the study’s second author, Uma Reddy, M.D., a researcher with NIH’s Eunice Kennedy Shriver National Institute of Child Health and Human Development (NICHD). “When examining the statistics on a national scale, we did not see a commensurate increase in stillbirths nationally after the recommendation went into effect.”

The study was published in Obstetrics & Gynecology. The first author is Marian F. MacDorman, Ph.D., at the University of Maryland, College Park, and the senior author is Robert M. Silver, M.D., University of Utah Health Sciences Center in Salt Lake City.

In 2011, NICHD held a workshop on the timing of births. After reviewing the research, workshop attendees recommended that physicians avoid elective (non-medical) deliveries before the 39th week of pregnancy. When compared to infants born after 39 weeks, those born in the 37th and 38th weeks were at a higher risk for respiratory problems, low blood sugar and newborn sepsis (a blood infection). They also were more likely to spend time in a newborn intensive care unit.

However, after instituting a policy to avoid elective deliveries among its patients, a large regional medical center in the Northeastern United States reported an increase in stillbirths after reviewing the records of more than 24,000 births.

For the current study, the researchers analyzed national data from the U.S. fetal death and live birth data files of the Centers for Disease Control and Prevention. The authors compared stillbirth rates and trends from 2006, before the recommendation to avoid elective deliveries, to those occurring in 2012, the most recent year after the recommendation that data were available. The researchers chose 2006 because the rate of preterm births began falling in that year. In theory, a decrease in the number of preterm births might affect the rate of stillbirths, as fetuses who were not delivered preterm could result in a stillbirth later in pregnancy. The analysis encompassed totals of roughly 50,000 stillbirths and 8.2 million live births, combined, for the two years they studied.

The prospective method of calculating stillbirth compares the total number of stillbirths for a given week of gestation to the total number of women pregnant at that gestational week, plus those pregnant at all gestational weeks after that. This method is a more accurate way to estimate stillbirth risk, the study authors wrote, because it compares the proportion of stillbirths among pregnant women. Between 2006 and 2012, the researchers saw no differences in the prospective stillbirth rates at 34-36, 37 and 38 weeks gestation.

“The lack of change in the prospective stillbirth rates indicates that preventing elective deliveries before 39 weeks did not increase the national stillbirth rate,” said Dr. MacDorman.

The study authors noted that, in recent years, there have been declines in preterm births, infant deaths and perinatal deaths. Perinatal mortality data includes stillbirths at 20 weeks or greater and any newborn death before 28 days. However, stillbirth rates have remained unchanged. They added that, to decrease the stillbirth rate, more research is needed to identify women at risk for stillbirth early in pregnancy and to develop more effective means to monitor these pregnancies, as well as how to prevent stillbirths from occurring.

NICHD’s National Child and Maternal Health Education Program has videos explaining the benefits of carrying a pregnancy to at least 39 weeks unless there is a medical reason to deliver.