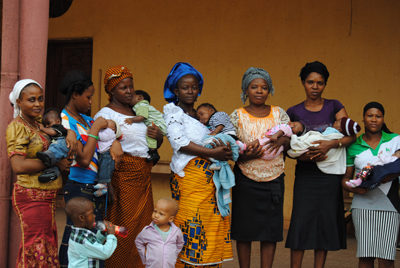 In an effort to boost HIV testing, as well as the use of anti-HIV therapy among pregnant women in rural villages, researchers supported in part by NICHD assessed the effectiveness of a church-based screening program in Southern Nigeria. What they discovered was that pregnant women participating in the program were 11 times more likely to receive HIV testing and 6 times more likely to get treatment for the infection. The study was published Oct. 14 in Lancet Global Health

Sub-Saharan Africa has the highest burden of HIV/AIDS in the world, according to the Joint United Nations Programme on HIV/AIDS (UNAIDS). While mother-to-child transmission of HIV has almost been eliminated in higher income countries, it remains a key source of new HIV infections in this region. A 2014 UNAIDS report showed that 87 percent of the 1.5 million HIV-infected pregnant women worldwide—and 91 percent of children with HIV worldwide—live in sub-Saharan Africa. 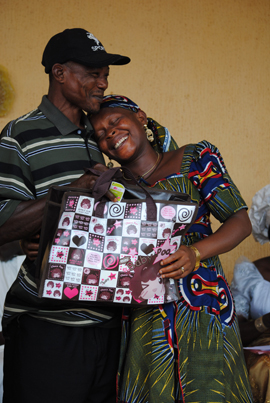 In the current study, researchers led by Echezona Ezeanolue, M.D., from the School of Community Health Sciences at the University of Nevada, concentrated on Nigeria, which in 2013 had an HIV testing rate of less than 20 percent among pregnant women. Only 35 percent of births in the country occur in hospitals or health clinics, and fewer than 3 percent of healthcare facilities have effective therapies to prevent mother-to-child transmission of HIV.

Nigeria has a high rate of church attendance; the southeast region of Nigeria, where the study occurred, has a 90-percent attendance rate.

Between January 2013, and August 2014, more than 3,000 Nigerian pregnant women, ages 18 and older, participated in the study at 40 different churches (20 churches comprised the “intervention group,” the other 20 comprised the “control group”). Churches in the intervention group distributed information and administered tests for HIV and other infections. Priests received basic information on HIV transmission and counseling. One Sunday a month, the churches in both the intervention and control groups hosted a baby shower for pregnant women. Men distributed ‘Mama Packs’ provided by the church with basic supplies. The prospective parents in the intervention group received information, testing and treatment, while those in the control group were encouraged to visit health care centers.

“This study shows how a relatively simple, community-based program that is adapted to local priorities and resources can be highly effective in increasing HIV screening among pregnant women in resource-limited settings, where rates of HIV testing in pregnant women have remained stubbornly low,” said George K. Siberry, M.D., medical officer in the Maternal and Pediatric Infectious Disease Branch of NIH’s Eunice Kennedy Shriver National Institute of Child Health and Human Development (NICHD).

The study was funded by NICHD and the President’s Emergency Plan for AIDS Relief (PEPFAR) https://grants.nih.gov/grants/guide/rfa-files/RFA-HD-12-210.html

The study reinforces similar studies showing the effectiveness of well-developed, community-centered interventions that offer HIV testing and treatment. The trust and faith in local pastors provided a setting that fostered a greater knowledge about HIV and more awareness about the risks of spreading the infection. In addition, the authors noted that the church lifted common barriers to health care, such as cost, social stigma, and lack of access.

“The study was designed to be feasible, acceptable, sustainable, and transformational,” said University of Nevada’s Dr. Ezeanolue “It is easy to adapt to other settings, such as mosques and temples, where people congregate. Other maternal child health interventions also can be integrated into this model, including screening for perinatal depression, for example.”