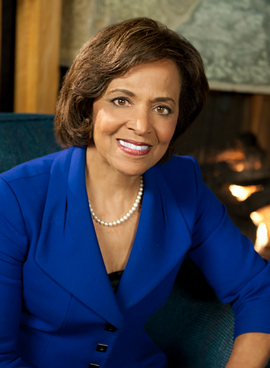 The National Institute on Minority Health and Health Disparities (NIMHD) announced today the appointment of Dr. Yvonne T. Maddox, Ph.D., as NIMHD's acting director. This appointment follows Dr. John Ruffin's announcement last month of his retirement from federal service and as director of NIMHD after 24 years.

"I commend Dr. Ruffin for his years of service to the NIH and the community that is so in need of the research supported by NIMHD," said Dr. Maddox. "I am looking forward to working with NIMHD staff and my other colleagues at the National Institutes of Health and Department of Health and Human Services to continue to advance the programs of the institute. In addition, I look forward to listening and working with the many stakeholders to assess and identify the needs of the various populations that we serve."

Prior to joining NIMHD, Dr. Maddox served as the deputy director of the Eunice Kennedy Shriver National Institute of Child Health and Human Development, advising the director on matters regarding the institute's budget and programs that support research on child development, developmental biology, nutrition, AIDS/HIV, intellectual and developmental disabilities, population issues, reproductive biology, contraception, pregnancy, and medical rehabilitation. Dr. Maddox has also served as the acting deputy director of the National Institutes of Health from January 2000-June 2002 and co-chaired the first NIH Strategic Plan to Reduce and Ultimately Eliminate Health Disparities.

In addition, Dr. Maddox chaired the federal SIDS/Sudden Unexpected Infant Death Working Group and the NIH Down Syndrome Consortium (an international public-private partnership). She has also led several other Department of Health and Human Services and NIH committees to advance medical research for affected communities to improve their health. Among those leadership activities, she served as executive director of the HHS Cancer Health Disparities Progress Review Group, and co-chaired the HHS Initiative to Reduce Infant Mortality in Minority Communities. She has also served on many public service and academic boards.

Dr. Maddox is also an inductee in the field of medicine to the Historical Black College and Universities Hall of Fame, and a recipient of the American Academy of Physical Medicine and Rehabilitation Distinguished Public Service Award. Along with former President Bill Clinton, Dr. Maddox received the Alpha Kappa Alpha Sorority Flame Award in recognition of her service to improve public health. Dr. Maddox has received several honorary degrees and is a member of the American Physiological Society.

Dr. Maddox received her B.S. in biology from Virginia Union University, Richmond, and her Ph.D. in physiology from Georgetown University, Washington, D.C. She studied as a visiting scientist at the French Atomic Energy Commission, Saclay, France, and graduated from the Senior Managers in Government Program of the Kennedy School of Government, Harvard University.