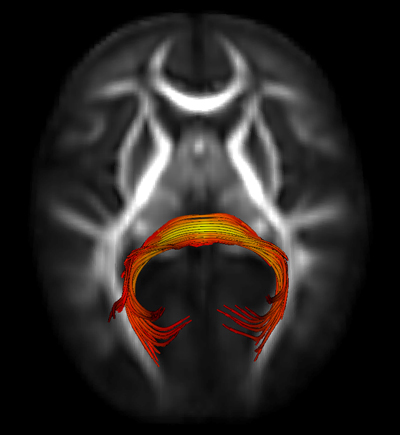 When they were infants, children who were later diagnosed with autism took longer to shift their gaze during a measure of eye movements than did infants who were not diagnosed with autism. The researchers believe that brain circuits involved with a brain structure known as the splenium of the corpus callosum (shown in this scan) may account for the differences in gaze shifting between the two groups.