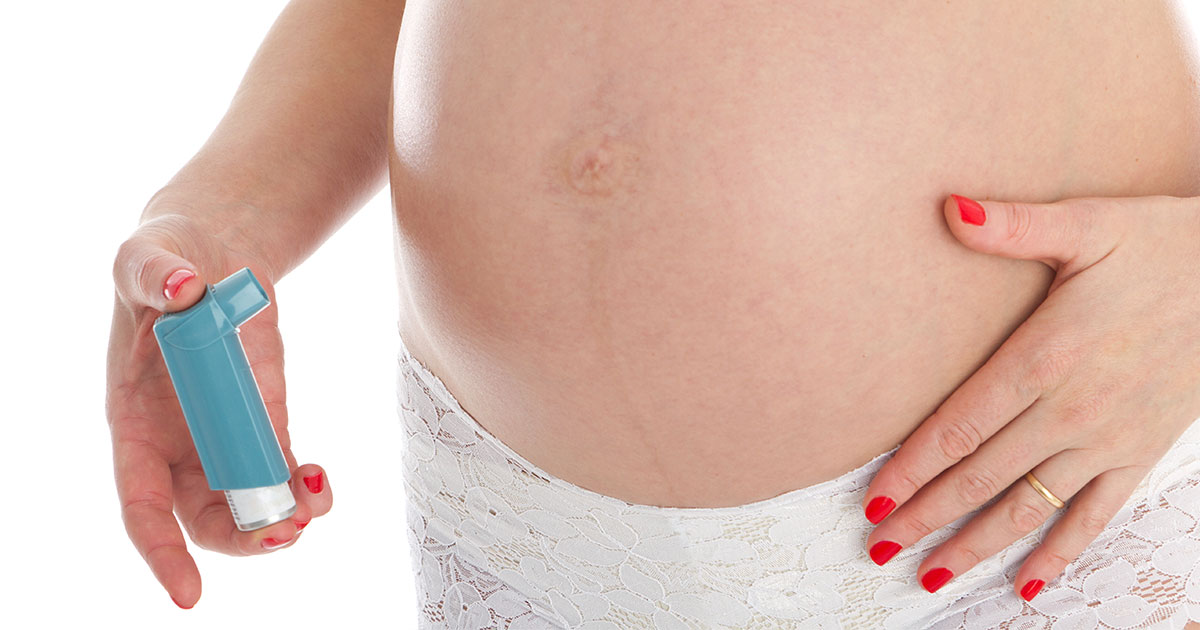 Pregnant women with asthma may be at greater risk of preterm birth when exposed to high levels of certain traffic-related air pollutants, according to a study by researchers at the National Institutes of Health and other institutions.

The researchers observed an increased risk associated with both ongoing and short-term exposure to nitrogen oxides and carbon monoxide, particularly when women were exposed to those pollutants just before conception and in early pregnancy.

The last six weeks of pregnancy was another critical window for women with asthma, according to the researchers. Exposure to high levels of particulate matter—very small particles of substances like acids, metals, and dust in the air—also was associated with higher preterm birth risk.

The study was published online in the Journal of Allergy and Clinical Immunology.

“Preterm birth is a major public health problem in this country, affecting more than 1 in 10 infants born in the United States,” said Pauline Mendola, Ph.D., lead author and an investigator at the NIH’s Eunice Kennedy Shriver National Institute of Child Health and Human Development. “Our study found that air pollution appears to add to the preterm birth risk faced by women with asthma. These findings set the stage for further studies designed to help prevent preterm birth in this at-risk group.”

Asthma is a lung disease that affects an estimated 9 percent of women of reproductive age in the United States, according to the Centers for Disease Control and Prevention. Maternal asthma is associated with a higher risk of pregnancy complications and health problems for infants.

While prior studies have examined the effects of various air pollutants on preterm birth risk, the research team said that its study is the first to examine whether exposure to air pollution before conception might affect later pregnancy.

“Early environmental exposures can have significant effects on later health,” said Dr. Mendola. “In this case, it may be that early exposure to air pollution sets off inflammation or other internal stresses that interfere with embryo implantation or placental development. Those disruptions could lead to preterm delivery down the road. More research will help us to better understand the potential impact of air pollution in the months surrounding conception.”

Also taking part in the study were researchers from the University of North Texas Health Science Center in Fort Worth; the National Institute for Health and Welfare in Oulu, Finland; the Emmes Corporation in Rockville, Maryland; and Texas A&M University in College Station.

The researchers analyzed data from a national sample of 223,502 singleton pregnancies (pregnancies with a single fetus), delivered at 19 hospitals around the country from 2002 to 2008. Electronic medical records of the women included their asthma status and date of delivery.

The team matched that data with daily measures of air quality from the regions surrounding each of the hospitals to assess the potential effects of air pollution, week by week, on preterm birth risk. They studied six pollutants and accounted for such factors as location, age, race and ethnicity, pre-pregnancy weight, smoking and alcohol use, and chronic maternal health conditions.

The research team hopes that studies like this one will one day improve the care of pregnant women with asthma and reduce their risk for preterm birth.

Meanwhile, people with asthma who are concerned about exposures to air pollution may want to limit their outdoor activity during periods when the air quality is forecast to be unhealthy for sensitive groups, said Dr. Mendola. Air quality data are available from the Environmental Protection Agency at www.airnow.gov.

About the Eunice Kennedy Shriver National Institute of Child Health and Human Development (NICHD): NICHD sponsors research on development, before and after birth; maternal, child, and family health; reproductive biology and population issues; and medical rehabilitation. For more information, visit the Institute’s website at http://www.nichd.nih.gov/.

About the National Institutes of Health (NIH): NIH, the nation’s medical research agency, includes 27 Institutes and Centers and is a component of the U.S. Department of Health and Human Services. NIH is the primary federal agency conducting and supporting basic, clinical, and translational medical research, and is investigating the causes, treatments, and cures for both common and rare diseases. For more information about NIH and its programs, visit http://www.nih.gov.