A ring that continuously releases an experimental antiretroviral drug in the vagina safely provided a modest level of protection against HIV infection in women, a large clinical trial in four sub-Saharan African countries has found. The ring reduced the risk of HIV infection by 27 percent in the study population overall and by 61 percent among women ages 25 years and older, who used the ring most consistently.

These results were announced today at the Conference on Retroviruses and Opportunistic Infections (CROI) in Boston and simultaneously published online in the New England Journal of Medicine. 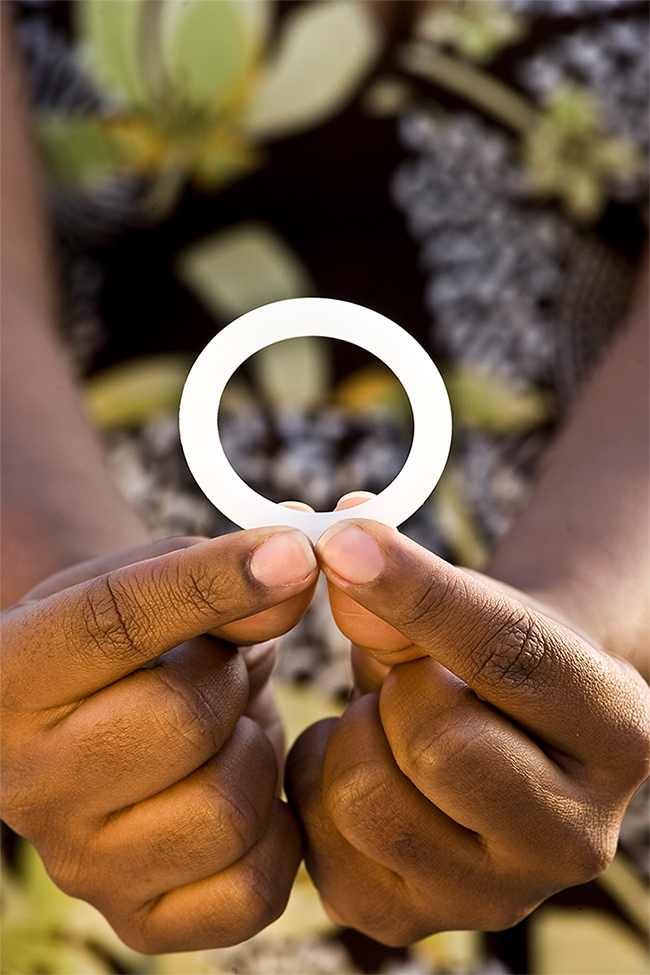 “Women need a discreet, long-acting form of HIV prevention that they control and want to use,” said Anthony S. Fauci, M.D., director of the National Institute of Allergy and Infectious Diseases (NIAID), part of the National Institutes of Health (NIH) and the primary funder of the trial. “This study found that a vaginal ring containing a sustained-release antiretroviral drug confers partial protection against HIV among women in sub-Saharan Africa. Further research is needed to understand the age-related disparities in the observed level of protection.”

The ASPIRE study, also known as MTN-020, aimed to determine whether the experimental antiretroviral drug dapivirine could safely and effectively prevent HIV infection when continuously released in the vagina from a silicone ring replaced once every 4 weeks. The study, which began in 2012, enrolled more than 2,600 HIV-uninfected women ages 18 to 45 years who were at high risk for HIV infection at 15 sites in Malawi, South Africa, Uganda and Zimbabwe. The women were assigned at random to receive either the dapivirine ring or a placebo ring. No one knew who received which ring until the end of the trial.

All study participants received a package of HIV prevention services at each study visit, including HIV risk-reduction counseling, partner HIV testing, treatment of sexually transmitted infections in participants and their partners, and free condoms.apparent early on that many women were not returning for study visits or using the ring consistently, the ring reduced the risk of HIV infection by 37 percent.

Furthermore, the investigators found that the dapivirine ring reduced the risk of HIV infection by 61 percent in women ages 25 and older, but provided no statistically significant protection in women younger than 25 years. These younger women appeared to use the ring less consistently than other participants, based on the amount of dapivirine measured in volunteers’ blood during study visits.

To explore this age-related effect further, investigators performed analyses that were not originally planned and found that the ring reduced the risk of HIV infection by 56 percent in women older than 21 years, but provided no protection for women ages 18 to 21 years. More research is needed to determine whether behavior, biology or a combination of factors contributed to the lack of significant protection for younger women.

Finally, the investigators found that the rate of adverse medical events was similar among women who received the dapivirine ring compared to those who received the placebo ring, as was the frequency of antiretroviral resistance in women who acquired HIV.

“To help bring about an end to the HIV/AIDS epidemic, women—especially those in sub-Saharan Africa—need multiple options for HIV prevention,” said Jared Baeten, M.D., Ph.D., who co-led the study for the NIH-funded Microbicide Trials Network (MTN). “The ASPIRE study was an important step towards determining whether the dapivirine ring could become one such option.” Dr. Baeten is a professor of global health, medicine and epidemiology at the University of Washington in Seattle.

“The ASPIRE study is the first to demonstrate that a sustained drug delivery product that slowly releases an antiretroviral drug over time can offer partial protection from HIV,” added Thesla Palanee-Phillips, Ph.D., who led the study with Dr. Baeten. Dr. Palanee-Phillips is the director of network trials and research center programs at the Wits Reproductive Health and HIV Institute in Johannesburg, South Africa.

An ongoing large multinational clinical trial called The Ring Study also tested the dapivirine ring for safety and efficacy in women. Similar to ASPIRE, The Ring Study investigators found an overall effectiveness of 31 percent, with a slightly greater reduction in risk of HIV infection among women older than 21 years. The results of The Ring Study also were announced today at CROI.

NIAID plans to consult with a panel of outside experts to determine next steps for research on the dapivirine ring, which the International Partnership for Microbicides (IPM) developed and provided for both studies as their regulatory sponsor.

The Ring Study is being funded by the Bill and Melinda Gates Foundation, the U.S. President’s Emergency Plan for AIDS Relief, the U.S. Agency for International Development, and several European governments and organizations, and is being conducted by IPM.

About the National Institute of Allergy and Infectious Diseases (NIAID): NIAID conducts and supports research—at NIH, throughout the United States, and worldwide—to study the causes of infectious and immune-mediated diseases, and to develop better means of preventing, diagnosing and treating these illnesses. News releases, fact sheets and other NIAID-related materials are available on the NIAID website.