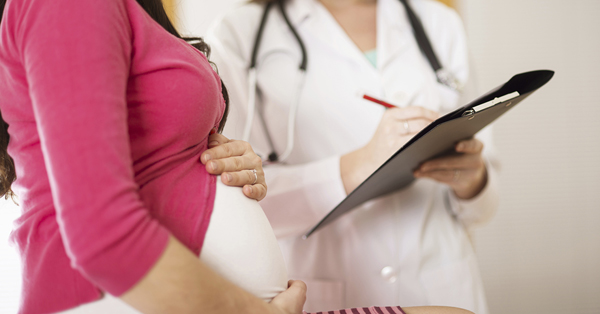 Maternal adipokines—molecules produced by fat cells—influence fetal growth and newborn length, birthweight, and proportion of body fat, a recent NIH study has found. The effects of adipokines on fetal growth throughout pregnancy differ between women who are obese and those who are not. The study appears in the International Journal of Obesity.

Obesity during pregnancy increases the risk of complications such as high blood pressure, gestational diabetes, and stillbirth; it also raises the chances for cesarean delivery. While researchers know that maternal obesity can affect fetal growth as early as the second trimester, they don’t know exactly how this happens during pregnancy, which is a period where substantial metabolic and weight changes occur.

Researchers from NIH’s Eunice Kennedy Shriver National Institute of Child Health and Human Development and colleagues looked for potential links between levels of pregnant women’s adipokines—specifically the fat molecules leptin and adiponectin—and fetal growth. Unlike previous studies, this study measured adipokines throughout pregnancy—not just at one timepoint—from the mother’s blood rather than the newborn’s blood or blood from the umbilical cord.

The study team found that maternal adipokine levels may influence fetal bone growth, which could explain some of the differences in fetal growth observed for pregnant women who are obese. For example, the researchers found that a higher level of leptin circulating in the blood is associated with increased newborn length for women who were obese prior to pregnancy, but no such association was observed for women who were not obese.

The study team also found that for obese women, a higher amount of leptin and a lower amount of adiponectin are associated with more body fat in the newborn, but no such associations were observed for women who were not obese.

The study is one of the first to look at how levels of maternal adipokines throughout pregnancy may affect fetal growth and how a woman’s obesity status prior to pregnancy could influence adipokine levels. The findings suggest that while adipokine levels appear to be involved in regulating fetal growth, they differ between women who start pregnancy with or without obesity. While more work is needed, the data offer insight into how body fat composition may influence different aspects of fetal growth.