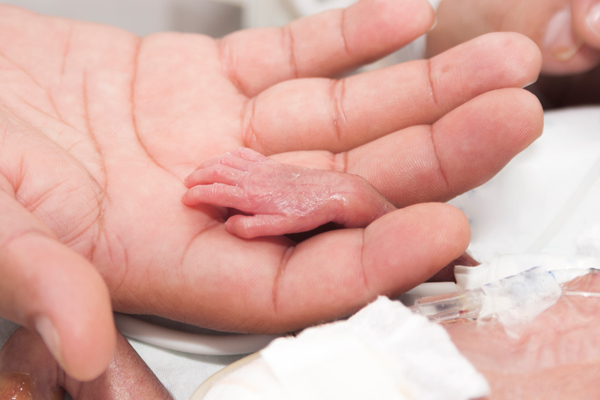 Contrary to results from earlier studies, the vitamin-like substance myo-inositol does not appear to prevent a potentially blinding complication of preterm birth and may even reduce rates of survival among preterm infants, suggests a study funded by the National Institutes of Health. The study was conducted by researchers in the Neonatal Research Network, a network funded by NIH’s Eunice Kennedy Shriver National Institute of Child Health and Human Development, National Eye Institute, and National Center for Advancing Translational Sciences. It appears in the Journal of the American Medical Association.

The blinding complication, called retinopathy of prematurity (ROP), largely affects infants born before 32 weeks of pregnancy. It results from an abnormal growth of blood vessels in the retina, the layer of tissue at the back of the eye that is sensitive to light. The researchers treated preterm infants born before the 28th week of pregnancy with myo-inositol, after previous studies of slightly older preterm infants suggested that the substance could reduce the chances of ROP.

After enrolling 638 of a planned 1,760 participants, the researchers suspended the study when they discovered tiny glass particles in less than 2 percent of the vials in one of two batches of myo-inositol. The particles resulted from delamination —the shedding of tiny glass flakes from the inside of the vials. These particles potentially could cause swelling or immune reactions at the injection site, although according to the U.S. Food and Drug Administration , there is no evidence that the particles have caused harm to date. In the current study, researchers found no differences in outcomes between infants given myo-inositol from batch 1 or batch 2.

An analysis of the study showed that 29 percent of infants receiving myo-inositol had either died or developed early-stage ROP, compared to 21 percent in the placebo group, which prompted the  researchers to end the study.

Rosemary Higgins, M.D., of the NICHD Pregnancy and Perinatology Branch, who oversaw the study, is available for comment.