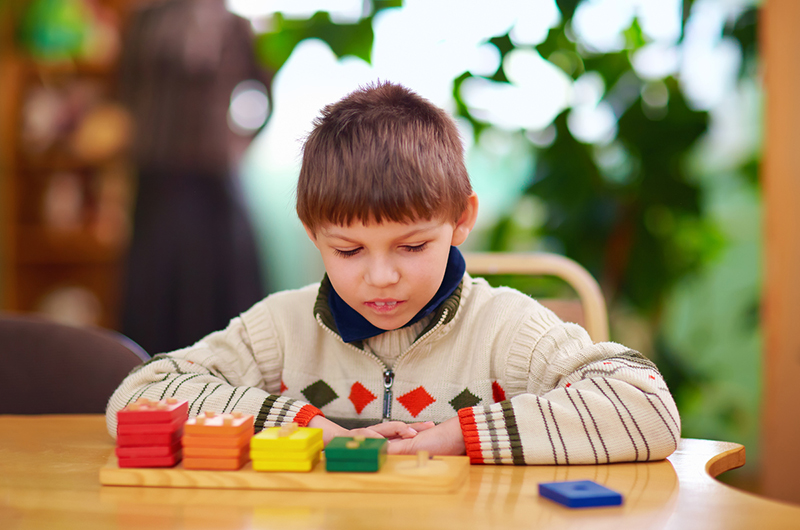 Regular doses of the hormone oxytocin do not appear to overcome deficits in social functioning among children with autism spectrum disorder (ASD), suggests a study funded by the National Institutes of Health. The findings contradict earlier reports that indicated the hormone could alleviate the difficulties in social functioning characteristic of ASD. Oxytocin is associated with empathy and social bonding. The study was conducted by Linmarie Sikich, M.D., of Duke University, and colleagues. It appears in the New England Journal of Medicine.

ASD is a complex neurological and developmental disorder that begins early in life and affects how a person interacts with others, communicates and learns. Many individuals with ASD have been prescribed oxytocin by their physicians. Several small studies have tested the potential of oxytocin to improve social functioning in ASD but have produced inconsistent results.

For the current study, which the authors believe is the largest of its kind to date, oxytocin was given daily for 24 weeks by nasal spray to children with ASD who are minimally or fluently verbal. Participants ranged from 3 to 17 years old. Of those completing the study, 139 received oxytocin and 138 received a placebo. During the study, participants’ caregivers rated them on a questionnaire measuring irritability, social withdrawal and other behaviors associated with ASD. When the participants completed the trial, the differences between the two groups’ initial score and last score did not differ significantly. The researchers concluded that the 24-week course of oxytocin did not improve social interaction or other measures of social function related to ASD.