Release: Iodine exposure in the NICU may lead to decrease in thyroid function, NIH study suggests 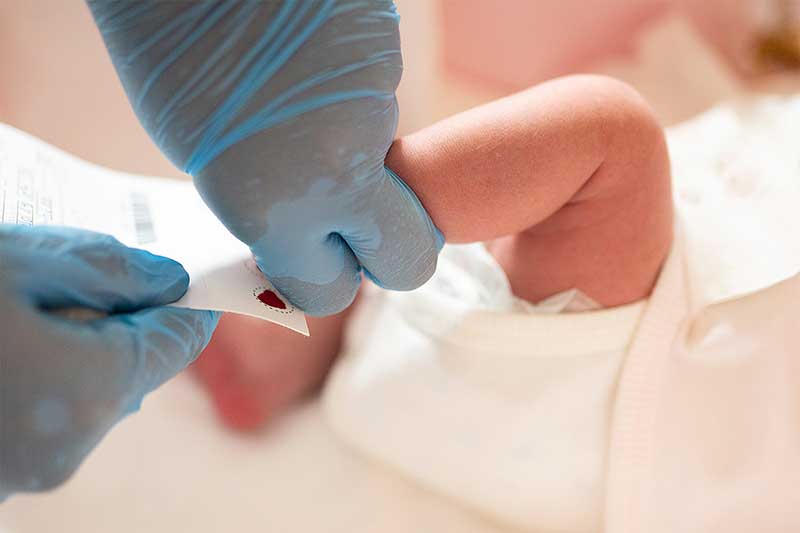 Exposure to iodine used for medical procedures in a neonatal intensive care unit (NICU) may increase an infant’s risk for congenital hypothyroidism (loss of thyroid function), suggests a study by researchers at the National Institutes of Health and other institutions. The authors found that infants diagnosed with congenital hypothyroidism following a NICU stay had higher blood iodine levels on average than infants who had a NICU stay but had normal thyroid function. Their study appears in The Journal of Nutrition.

Congenital hypothyroidism is a partial or complete loss of thyroid function. The thyroid, located in the throat, makes iodine-containing hormones that regulate growth, brain development and the rate of chemical reactions in the body. Treatment consists of thyroid hormone therapy and must begin within four weeks after birth or permanent intellectual disability may result.

To conduct the study, the researchers analyzed blood spots for their iodine content. They compared blood iodine levels from 907 children diagnosed with congenital hypothyroidism to those of 909 similar children who did not have the condition. This included 183 infants cared for in the NICU—114 of whom had congenital hypothyroidism and 69 who did not.

The researchers were unable to obtain information on the medical procedures the infants may have undergone during their time in the NICU. Iodine solutions are commonly used as disinfectants to prepare the skin for surgical or other procedures. Preterm infants absorb iodine more readily through their skin than older infants. Iodine also is given internally for imaging procedures used in infants.

The researchers said that the higher iodine levels seen among infants with congenital hypothyroidism and a NICU stay may have resulted from exposure to iodine during a medical procedure. Because of this possibility, they cautioned NICU staff to use disinfectants that do not contain iodine whenever possible and to avoid exposing infants to iodine unless absolutely necessary.