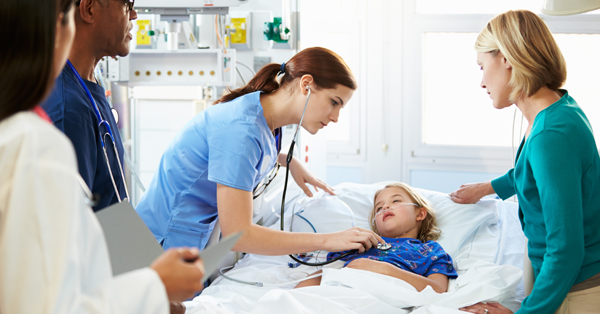 Giving children intravenous (IV) fluids to treat diabetic ketoacidosis—an emergency complication of untreated diabetes—does not appear to worsen the brain swelling that may accompany the condition, according to a study supported by the National Institutes of Health. The findings, published in the New England Journal of Medicine, contrast with widespread concern that providing too much IV fluid may result in serious brain injury.

The study, funded by NIH’s Eunice Kennedy Shriver National Institute of Child Health and Human Development, was conducted at 13 U.S. emergency departments that participate in the Pediatric Emergency Care Applied Research Network (PECARN). It enrolled more than 1,300 children with diabetic ketoacidosis. The research team, led by investigators at the University of California, Davis, divided the children into four treatment regimens, varying the amount and rate of IV fluid infusion—from rapid or gradual—and varying the sodium content of the fluid.

Researchers found no difference in brain injury rates among the treatment regimens. Neither the infusion rate nor the sodium content of the fluid significantly influenced neurological outcomes of the children in the study.