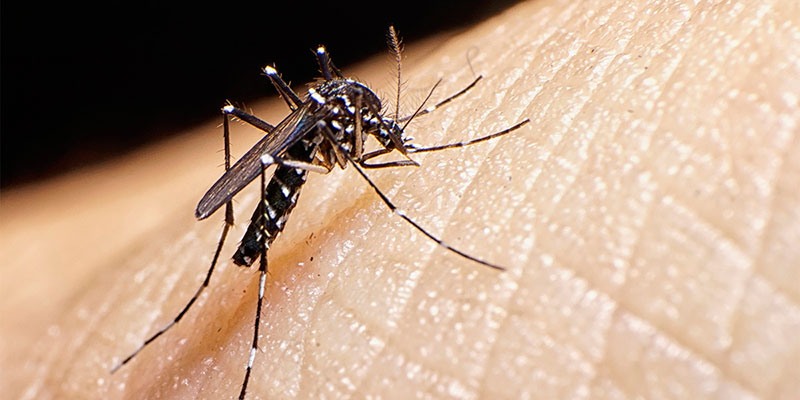 Waiting 28 days to give iron supplements to malaria-infected children with a severe low red blood cell count (anemia) may improve their iron levels a year later, according to a study funded by the National Institutes of Health. Moreover, compared to children receiving iron supplements when they began treatment, children who waited 28 days did not have an increase in recurring malaria or any other ill effects.

The finding supports a theory that delaying iron supplements for children with severe malarial anemia may improve iron levels and avoid worsening malaria. Children in the delayed supplement group also had fewer cases of recurrent malaria, although this trend was not significant and also needs to be confirmed with additional research.

The study was conducted by Sarah E. Cusick of the University of Minnesota School of Medicine and colleagues. It appears in the American Journal of Clinical Nutrition. Funding was provided by NIH’s Eunice Kennedy Shriver National Institute of Child Health and Human Development (NICHD), National Institute of Neurological Disorders and Stroke, and Fogarty International Center.

Malaria reduces the number of red blood cells and may lead to severe anemia. The disease often occurs in areas where people’s diets lack sufficient iron to build red blood cells. Iron is essential for the development of a child’s brain and immune system. In areas heavily affected by malaria, many children are already anemic when they come into a health clinic for treatment.

The standard treatment for children in these areas is antimalarial drugs and 3 months of iron supplements. Many studies have found that even after treatment, anemia still remains, along with iron deficiency, and malaria infections often recur. In response to malaria and other infections, the liver releases the protein hepcidin, which causes inflammation, blocks the absorption of iron and keeps it from being incorporated into new red blood cells. Some researchers have theorized that providing iron when hepcidin levels are high might worsen malaria by benefiting the parasite that causes the disease. They propose waiting for hepcidin levels to fall—about a month after malaria treatment begins.

The study included 156 Ugandan children: 77 with severe malarial anemia and 79 with cerebral malaria (swelling resulting from infected red blood cells blocking blood vessels in the brain). Another 35 children without any signs of malaria but with low iron levels were also included. All children with cerebral malaria and severe malarial anemia were treated for malaria. Children without obvious signs of malaria but who tested positive for malaria infection were also treated.

Researchers monitored the children’s health for 12 months. About half were assigned at random to take a daily iron supplement for 3 months immediately after starting malaria treatment. The remaining half waited 28 days before beginning the 3 month daily iron treatment.

After 6 months, children in all groups had anemia, indicated by their low levels of hemoglobin, the iron-laden molecule in red blood cells that carries oxygen to the tissues. Children in the severe malarial anemia group had the lowest hemoglobin levels.

After 12 months, hemoglobin levels were unchanged for all three groups. However, for children with severe malarial anemia, those in the delayed iron group had greater declines in zinc protoporphyrin, which increases when iron levels are low, and soluble transferrin receptor, a protein that increases during anemia. The researchers believe declines in these proteins indicates an improvement in the children’s iron levels. Compared to children with severe malarial anemia given immediate iron supplementation, children in the delayed group were also less likely to have episodes of severe malaria, but this trend was not significant.

The researchers concluded that the delay in iron supplementation may improve iron levels in children with severe malarial anemia—perhaps by giving hepcidin time to decline so that iron could be better absorbed.