Release: Women with pregnancy-related diabetes may be at risk for chronic kidney disease 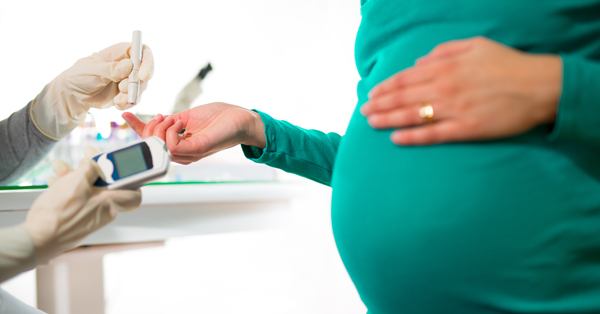 Gestational diabetes may predispose women to early-stage kidney damage, a precursor to chronic kidney disease, according to a study by researchers at the National Institutes of Health and other institutions. The study appears in Diabetes Care.

Gestational diabetes occurs only in pregnancy and results when the level of blood sugar is too high. The condition increases the risk for preterm birth and cesarean delivery, among other complications. Other forms of diabetes that occur outside of pregnancy are known to increase the risk for chronic kidney disease, in which the kidneys have difficulty filtering wastes from the blood. Few studies have investigated the potential link between gestational diabetes and chronic kidney disease.

“Our findings suggest that women who have had gestational diabetes may benefit from periodic checkups to detect early-stage kidney damage and receive subsequent treatment,” said the study’s senior author, Cuilin Zhang, M.D., M.P.H., Ph.D., of the Epidemiology Branch at the Eunice Kennedy Shriver National Institute of Child Health and Human Development (NICHD).

The researchers found that women who had gestational diabetes were more likely to have a high glomerular filtration rate (GFR), an estimate of how much blood per minute passes through the glomeruli, the tiny filters within kidneys that extract waste from the blood. Many researchers think that a very high GFR  can precede the early kidney damage that accompanies pre-diabetes—higher than normal blood sugar levels that are not high enough to be classified as diabetes.

The study could not prove that gestational diabetes causes kidney damage, and the authors noted that more research is needed to confirm their findings.